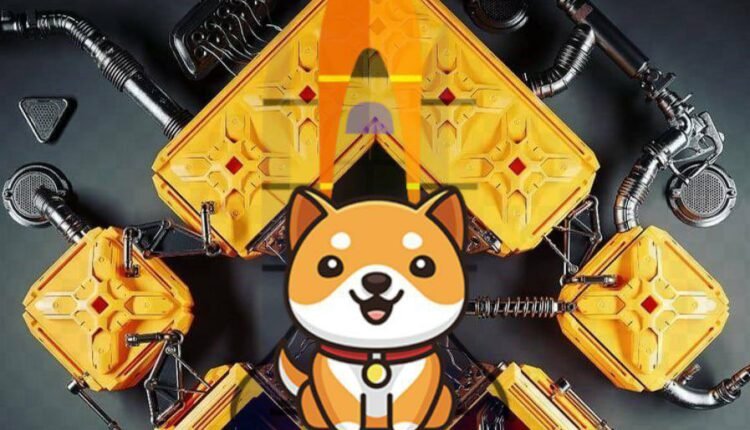 After reaching new heights this year launched coin the  Baby doge will make its entry into NASCAR this coming Saturday.

Marking this event Brandon Brown the driver of No. 68 Chevrolet Camaron that will be bearing the Baby Doge Logo on it. The race car will feature one of the most popular cryptocurrencies at the 115th NASCAR Xfinity Series race on Saturday, where the supporters of this newly launched coin will have an opportunity to see the token logo imprinted on Brandon Brown’s car.

While the racer already announced earlier that:

“This weekend, Brandonbilt Motorsports is proud to welcome Baby Dog Coin featuring on the No. 68 Chevrolet Camaro as the new partner of Motorsport. The car looks amazing and I can’t wait for everyone to see it on the track this weekend. ”

Brown appreciated the sole purpose of this new cryptocurrency BABY DOGE which is to save as many dogs as possible.

Since the birth of Virtual assets in early June, its supporters have donated $1 million to save the lives of animals, thus also making it the first “dog-centric-charity cryptocurrency”.

The token has about 400,000 holders and 120,000 followers on its Twitter account. Brandon Brown, who admits he is an animal lover, describes himself as one of the huge supporters of this coin.

To this, he further added that,

“As a dog owner and animal lover, I’m very excited about this partnership and the sole motive behind the Baby Dog Coin Ventures.”

While with its launch the currency also grabbed the attention of Elon Musk, CEO of Tesla who has been keeping a low profile lately, but he came up with a tweet that suggested his hints towards the Baby Dogecoin.

Following his tenure, many expected the price of Dogecoin to rise. Instead, Musk discovers that he has a DOGE baby in mind – Baby Dog Coin.

Within minutes, the dollar value of this digital asset soared by 90%. Previously the average value of a single coin has increased a hundredfold. While it’s currently trading at $0.000000001937 and has a weekly gain of over 700%.

Revolut Bank Is paying Rent In Bitcoin for Texas…

BBVA Swiss launches a crypto wallet to expand its…