Paraguay Will Soon Announce Adoption Of Bitcoin By Next Month 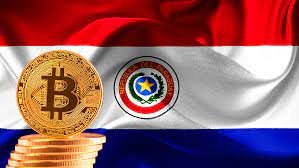 Currently discussion is going on and this is almost 99% confirmed that they will adopt Bitcoin like El Salvador.

Since February 2021, It became common for many government entities to show support for Bitcoin with ” layer eyes profile picture ” .

And now the trend is going at tremendous levels to support Bitcoin.

After the historical decision in the Cryptocurrency history by Nayib Bukele to adopt Bitcoin as a legal currency in El Salvador, many countries’ governments are influenced to legalise Bitcoin in their own region.

Many politicians of Paraguay are using red laser beam pictures on social media. Which clearly indicates how eager they are to adopt Bitcoin.

After the official announcement of adoption of Bitcoin by El Salvador, Rejala posted a message to support the decision of Nayib Bukele. And he clearly stated that it is really a good move by the government of El Salvador to embrace innovative technology.

” Paraguay is working on a project involving Bitcoin and PayPal”

And on Thursday Rejala tweeted that they will introduce Bitcoin legalisation by next month.

In the present time all types of ground level details and study are going on, so that adoption of Bitcoin in this stage doesn’t result into any type of problem.

But here it will not be easy for Paraguay to adopt Bitcoin blindly, because in the present time El Salvador government is facing the problem of support from the opposition and the World Bank.

Where both of them are indirectly not supporting the decision of El Salvador to legalise Bitcoin as a parallel currency.

Probably it can be a part of the politics of El Salvador.

Alibaba May Stop There Services To Crypto mining Services

Kevin O’Leary says institutions could be a…