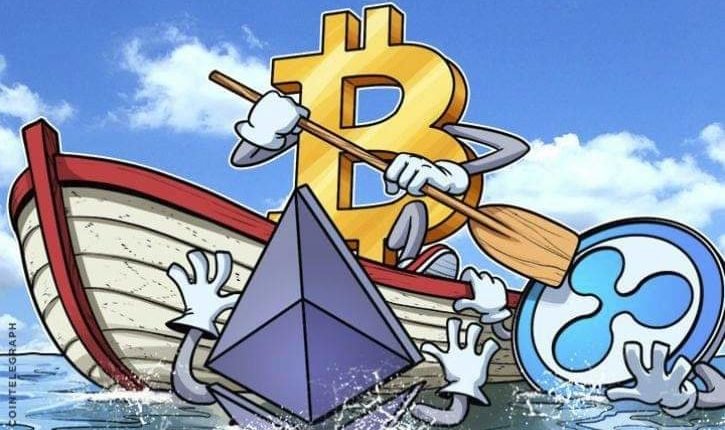 The long waited Bitcoin futures exchange Bakkt has finally going to launch on 23 September. Bakkt Exchange gets a green signal from the regulators. Bakkt opened the deposit to bitcoin warehouse on 6 September and live trading for all users will start on 23 September.

Does Bakkt launch make any difference in the current market conditions? Will Bakkt will pump the Bitcoin price to new highs or will Bakkt bring the most awaited altseason? In this post will give you full Bitcoin Price Analysis.

When CBOE launched bitcoin futures trading back in December 2017, Bitcoin market tanked hard and the bear market last more than 12 months. Bitcoin drops from $19700 to $3200 that is around 85% correction.

Is this time it’s different because Bakkt is also a futures trading exchange?

The major difference between CBOE and CME group and Bakkt’s futures trading contracts is that Bakkt will deliver physical bitcoin futures contracts.

Physical bitcoin futures contracts mean the contracts are settled in real Bitcoin instead of cash. When a user wants to open a position he needs to pay the amount in BTC and when the contract expires the users get the profit in also BTC.

The CME and CBOE futures contracts are settled into cash instead of BTC, maybe that’s the reason for the major drop in Bitcoin price after the launch of Futures Trading platform in December 2017.

Bakkt launch is not the only thing that happening in Crypto market now. Let’s discuss the other indicators for better price prediction.

Bitcoin hash rate has continued the uptrend after the massive drop of price in Dec 2018 ($6500 to $3200). The increase in hash rate is signs of confidence in the bitcoin network, as well as an indicator of the increase in the miner. The more hash rate a network has the more stronger it becomes and Bitcoin is the strongest blockchain network today.

New mining hardware and miners are continuously adding to the bitcoin network as Bitcoin halving comes closer, likely to happen on May 2020.

Bitcoin found major support around the $9000-$9200 levels and the immediate resistance for uptrend is $11,000. Things are very steady now ready for a heavy breakout.

Bitmex has reported $16 Billion of volume in a day. CME Group has surpassed many big exchanges like Coinbase, Bitfinex in trading volume.

Bitcoin conditions from the past few weeks have been low volume and choppy, experts advised this is a no-trade zone. With the factors, we explained above it looks like a huge trading opportunity is coming in September or early October.

As long as Bitcoin is able to trade above the psychological barrier of $10,000 we can say bulls are in control. The key levels to watch is $9000 if this level breaks, it will open the gates for further downward movement.

Experts believe that the Epic Bitcoin bull run has already started and $10,000 will not repeat after the Bitcoin halving.

Bitcoin finds major support at $9000-$9200 levels and as long as these points hold, we may see upward in Bitcoin. Bitcoin must trade above $10,000 to gain confidence from the retail trader that will push the price towards $11,000.

The resistance zone for Bitcoin is the descending triangle outer line that is around $11,100-$11,300. If Bitcoin breaks the triangle upwards that is expected as Bakkt will launch 23 September, this will opens the gates for $13,000 and $15,000.

From the few weeks, the trading volume is going down and from the yearly lows of $3200 Bitcoin has risen around 350% without any major correction. The correction from $14,000 to $9000 is around 35% that is good for a further rise in price.

What Happens After Bakkt Launch?

The main question is what happens after Bakkt launch the futures contract trading for the public? Will Bitcoin perform the same as like in Dec 2017 after CBOE futures trading launch? Will we see another major correction in the price?

The increasing confidence in Bitcoin network health (hash rate), as well as increased accessibility for institutional investors, Bitcoin halving event and overall increment in the liquidity of the market, all these points towards a healthy upward movement in the long run.

The market is more mature at the launch of Bakkt then back on Dec 2017. At the time of CBOE launch bitcoin already increased more than 1000% from its previous lows, this time we are just 300% up from the bear market lows. Bakkt provides physical bitcoin futures contracts that aslo stop the dumping of market.

The short term traders should always keep track of all the macro factors that affect the price movements. Keep in mind that Bitcoin has strong fundamentals: Bitcoin halving and lightning network implementation next year. Traders can see every dip as an investment opportunity for the 1-year timeframe.

I personally believe that the Bitcoin next bull has started and it is just in the starting phase. Buckle up and book your slot before the train goes too far. Control your fear and greed in this bull run and take bags full of money.

The Beast has Awoken Ready For Wild Rides