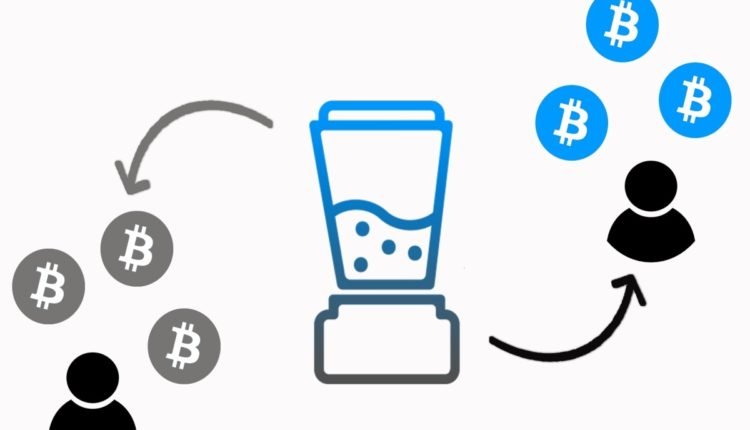 We have already seen that originally conceived by its creator as an anonymous means of payment, Bitcoin, thanks to the actions of today’s hackers, is no longer anonymous, as we would like to. Since the cryptocurrency blockchain must be opened so that crypto remains a valuable digital asset and simultaneously there are many software tools for tracking transactions, the digital money of each crypto holder is threatened due to criminal activity in this direction.

The opinion about the demand for crypto anonymity only among criminals does not hold water and is easily broken up into dust by a few simple arguments. Of all the very common annual cases of hacking cryptocurrency exchanges, theft of crypto and the abduction of Bitcoin wallets owners with a large number of coins to extort money from them, only one conclusion can be drawn: a careless attitude to the privacy of transactions and personal data cannot be justified except by a desire to harm oneself and his family.

Even the owners of small amounts are still at risk, because cyber criminals do not steal one wallet in the crowd, like street thieves, but they launch malware that helps them carry out mass thefts from the wallets of many thousands and even millions of users simultaneously. Linking each wallet to a specific email address does its job, allowing users to be identified. Having received information about the ownership of the Bitcoin address, hackers are taken to spy on all your coin transfers. If cyber criminals manage to gain access to your email data, then they will be able to completely take control of your crypto wallets.

Blockchain analysis allows cybercriminals not to lose sight of your financial transactions and take necessary actions if you have at least any significant amount for them. If you are thinking of confusing traces with the help of several transfers from one wallet to another, then you are mistaken. Even if you constantly do this, the information traces of transactions due to simple transfers do not disappear and you can still be tracked.

But why can’t this problem be solved by redoing the blockchain itself, removing its transparency and thereby the ability to track financial transactions of cryptocurrency users? The problem is that the inability of any user to access information about any crypto transfer in the blockchain immediately deprives specific cryptocurrency of trust and therefore of its value.

Transactions that cannot be verified can be fake, everyone who knows how to code can create false crypto coins and transfers. And if, for example, you assign a trusted node to moderate all processes on the blockchain, then this completely kills the very idea of independent decentralized money that is a cryptocurrency. Unlike conventional fiat (paper) currencies issued by banks and controlled by governments, digital currencies cannot be artificially increased in price or collapsed, and thereby not to be a cause of a crisis and large losses for ordinary people.

In general, without open access, a normal cryptocurrency is nothing, so we have to deal with the consequences of such blockchain openness. Nevertheless, everything is not so bad in fact, as it may sound for the first time. With the right approach and observing all standard precautions on the Internet, it is very effective to keep the security of crypto transactions with the help of the Bitcoin mixer, the features of which we began to consider last time.

We found that when using a Bitcoin mixer, you buy bitcoins from address X, send them to the mixer, which in turn sends your Bitcoins to its reserve. In return for you, the Bitcoin blender sends a set of other crypto coins that were already in its reserve before. This breaks the connection with your previous transfers. Which can no longer be restored using analytical methods for tracking the chain of transactions in the blockchain.

Additional tools that help Bitcoin blender to ensure a high degree of anonymity are scrutinized using one of the most effective and therefore justifiably popular Bitcoin mixers with a good reputation – BitMix.Biz. Using a variable fee for mixing coins, the Bitcoin mixer complicates the determination of the specific transferred amount, so as the specific wallet from which and to which the transfer of crypto takes place. However, this is only a small fraction in ensuring Bitcoin anonymity.

Obviously, Bitcoin wallets, with significant amounts stored on them, attract the closer attention of crypto thieves. Transactions carried out from such wallets will be actively analyzed in the first place and therefore their owners are at greater risk. In this case, BitMix has prepared a response. So, what should you do when transferring large sums of cryptocurrency in the amount of 0.1 BTC or 1 LTC to 1000 BTC?

In order to clear your transactions of information traces that link your account to certain Bitcoin addresses, there is the possibility to use the increased randomization function. This tool to increase the anonymity of crypto by mixing coins ensures receiving cleared cryptocurrency units by destination address simultaneously from several different addresses, having previously gone through dozens of other wallets in BitMix.Biz.

No cutting-edge blockchain tracking and analysis programs will manage to link such a broken and atomized transaction chain together, especially considering the fact that there was no left any trace of information about the completed transaction after three days in automatic mode, and immediately after the transfer confirmation in manual mode at the discretion of the user.

In the case of analysis of transactions in the blockchain, time does not play on the side of attackers and is a powerful way to ensure Bitcoin anonymity. Even when using the services of conventional electronic exchangers to buy or sell cryptocurrencies with your credit card, when the risk of leakage of your personal information is highest, you rather do not leave any chance for hackers to harm you. Breaking the sequence of transactions, the trace breaks off on the Bitcoin mixer.

Considering that the coins you get from BitMix.Biz cleared of identification traces are created by mixing a large number of crypto units of sundry transactions, then these fresh mixed coins are not associated with you, nor with any other transactions and users.

When using BitMix for the purpose of anonymity of the user, it is logical that no registration is required. Just choose one of the 10 suitable languages for the Bitcoin blender interface, make a deposit of Bitcoins, Dash, Litecoins or in the near future also ether, having received a guarantee letter from the service. Then select the necessary settings and instantly create a mixed request.

The high speed of obtaining the result of cryptocurrency cleaning in BitMix is ensured by the previously cleared crypto coins in the reserve, which have already passed all the necessary confirmations from the blockchain nodes. You will only need to wait for the confirmation of your only one transaction, but we recommend setting a certain delay before cleaning in the settings to complete the mixing process, to further complicate the identification of addresses.

Of the additional functions, often Bitcoin mixers can offer to earn more money by attracting new users through an affiliate program, and also install their API key on your commercial website to provide more service and add value for your customers, thereby increasing their loyalty. Agree – additional passive income is always nice!