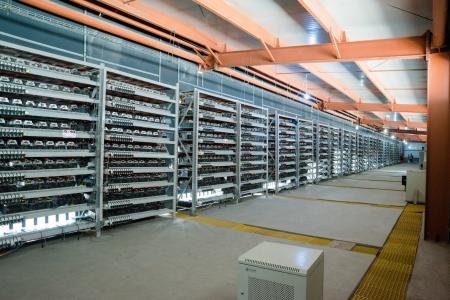 The El Salvador president shared a video on twitter to indicate how speedly they are moving towards Bitcoin mining with a 100% clean energy process.

When Bitcoin law of El Salvador was not in effect then at that time El Salvador’s president talked about their plans on how they would generate revenue through the Bitcoin adoption. One of the plans of earning with Bitcoin was Bitcoin mining with clean & sustainable energy.

On 29 September, Nayib Bukele, president of El Salvador, shared a video on twitter with the tagline “first steps…”

In the video, there is a power plant and a big vehicle containing mining rigs. And also an engineer was installing mining rigs with the connection of Ethernet cable.

Through the video, Nayib Bukele clearly declared that they are taking advantage of China’s ban on mining operations. Nayib Bukele indirectly claimed that he is committed to his promise that he made during the Bitcoin law proposal.

Around 3 month ago, Nayib Bukele said that they will use clean & sustainable energy from the volcano for the Bitcoin mining operations.

And also he added at that time

“Our engineers just informed me that they dug a new well, that will provide approximately 95MW of 100% clean, 0 emissions geothermal energy from our volcanos. Starting to design a full Bitcoin mining hub around it.”

No doubt that Nayib Bukele’s decision of Bitcoin law was criticized by many people but here plans of Nayib Bukele seems ready to give reply to all the critics through practical level works & results soon.

Government can slow down crypto but not destroy : Elon Musk