How Dragon Mainland Seamlessly Connects NFTs to Its Gaming Ecosystem 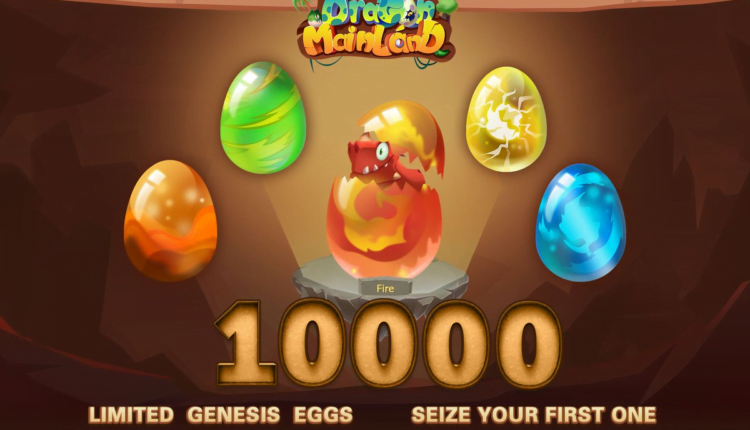 In the first half of the financial year 2021, Non-Fungible Tokens’ total transactions volume surpassed the $2.5B mark. NFTs are shaping up a new age digital gold rush. Usability has split over into several sectors, namely arts, music, and increasingly, the gaming world.

Dragon Mainland is part of the marriage between blockchain and gaming via NFTs. The gaming platform is a product of DeFi, also colloquially referred to as GameFi. So what exactly is Dragon Mainland, how does one join it, how does one play it? How is money made? Is it worth it? Read on to find the answers to all these questions.

First things first, what is Dragon Mainland? It is a blockchain-based gaming platform that offers reality hunting to its users. The reality hunting game is augmented by other specialized attributes such as military formations and ladder tournaments.

Moreover, to enable a unique gaming environment, the platform contains a combination of Player vs player (PvP) and player vs environment (PVE) combat. There is also advanced breeding as well as a turn-based card strategy available to users. All the while, they get to participate in the DeFi collectables section via NFT trading.

Playing the game doesn’t appear too complicated, even for newbies. One must grasp a few basic rules and concepts of the game. Being a hunting game, it comes with treasures, rewards, battling aspects. The combat may be against other players or the environment, as stated earlier, backed by military formations.

Begin with the treasure; there are some dragon eggs to start from, in line with the Dragon Mainland name. These particular sets of eggs are simply known to users as the genesis eggs.

A player may exchange the genesis eggs with the genesis dragon NFTs. It is worth noting that the game ensures these NFTs are extremely rare, to maintain a high valuation level.

The genesis eggs can hatch into three different types of dragons if not exchanged for NFTs. They are the fire dragon, the thunder dragon and the rock dragon. Each is named after the weapons it can bring to the fold.

Alternatively, one can buy the dragon they wish to have. The dragons are the game’s main characters, participating in various hunting and combat missions.

All About One’s Acquisitions

With these dragons, one gets to go on hunting parties for more eggs, skulls, and carry out combat missions against other players or the environment. On offer are the spoils of the gaming, all of which are quite valuable.

One may acquire more dragons, skulls, buildings, land and much more within the game. They may either buy the items from the proceeds of winning, hunting and combat missions or sell these assets at a profit.

Earning is straightforward under the platform. Earning opportunities start from the very first stages of the game, proceeding throughout the various stages.

One can sell the Genesis eggs for the rare NFTs. It is worth noting that the NFTs hold a significant value. If one wishes to cash in immediately, one needs to collect and sell the NFTs in their marketplace. The marketplace is accessible from within the dragon mainland platform, and transacting in it attracts a few, as is the norm in the industry.

If one, however, chooses to game on, there are other earning opportunities. The platform employs a play-as-you-earn strategy. All the collectables that one can acquire, such as more dragons, land, and buildings, are tradeable. They may fetch a higher price, earning the player good profits in the process.

Staking is also available for those who choose not to cash out fast. Part of the proceeds generated from the NFT marketplace transaction fees is distributed to staking participants. They get to enjoy passive income without actively participating in the platform.

The game might be easy, the rewards sweet, but a cumbersome onboarding process could be the late down. How does one join Dragon Mainland?

The process is relatively easy. One simply needs to visit the platform’s site. Without much scrolling, there is a clickable hyperlink titled ‘Get Started’. And as simple as that, one has started the process of joining the platform.

There is some work going on at the time of writing; a ‘Coming Soon’ pop-up screen will notify potential gamers of the development taking shape. But that shouldn’t last much longer since they’re on the final leg of finishing touches.

Is It Worth One’s Effort and Time

Perhaps the most crucial question is, will trying out Dragon Mainland be worth the effort? To best answer the question, one must assess what they will go through on the platform vs outside it.

For starters, the user interface is simple, precise and attractive. The colour theme fits the game on the platform well. Easy well placed clickable hyperlinks, and some visual aids make it easy to use by all, from newbies to any veteran that will arise.

In addition, there are many options for generating an earning as one plays the game. Selling NFTs is possible from the very start. As the gaming process continues, profitable earnings shore up one’s rewards. One may stake their holdings and generate passive income even during a lull in one’s gaming activities.

A point to note is that there is no indication of a platform-based and supported wallet upon user registration. Users may need to seek a wallet from where they may receive and store their NFT earnings.

Dragon mainland is a gaming platform that offers NFT sales, play-as-you-earn and staking financial incentives to users. The game itself isn’t too complex, allowing players a good chance of earning through winning.

It boasts of a good and simple user interface for easy navigation by clients. The process of joining also appears to be quite simple and straightforward. However, until the platform is entirely ready for use, we can’t state the joining process fully. With a few added features such as a platform based wallet or Fiat-on-ramp, dragon mainland could easily set standards on how GameFi should proceed.

3Space Art Announces the Launch of Its Groundbreaking NFT Platform

Google searches for NFTs spike over the Dogecoin,…