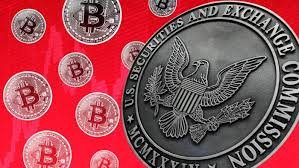 The most shocking thing is coming out about the improper ruling system of the US Securities and Exchange Commission (SEC), as per the new email based information.

US Securities and Exchange Commission (SEC) agency is responsible to regulate the securities market, which includes crypto & stock market-based companies regulation strictly. At present SEC is handling its lawsuit against San Francisco-based Fintech firm Ripple as a top priority since December 2020.

In August 2021, Empower Oversight, a Nonprofit organization,  filed a FOIA request and requested legally the SEC agency to release 200 pages of emails publicly but the SEC agency refused to publish emails. At that time the SEC agency claimed that it may impact the lawsuit between SEC vs Ripple. However, the SEC agency was not in favor of the FOIA request because the agency was thinking that Ripple attorneys may use the past statement of an SEC former official on “Ethereum is not a security”.

Now in the latest, this nonprofit organization said that William Hinman, a former SEC official, was not in favor of the ruling system of the SEC agency and there was some significant conflict of the SEC ruling with his old firm Simpson Thacher.

Organisation also claimed that Hinman was continuously working for his New York-based company, despite huge issues. And in this way, the SEC agency was trying to give better preference to the selective Cryptocurrencies.

Regarding the issues, the organization noted that Hinman passed a statement on Ethereum that ETH is not a security. At that time 60 million Ethereum coins were sold to fund the Ethereum Foundation.

“The latest documents provided by the SEC raise more questions than they answer. We will continue to press the SEC for more meaningful and more timely transparency on this issue.”

Possible Outcomes of this email details

If everything goes perfectly then surely it may result in a better favorable situation for Ripple firm. The SEC agency claimed through the lawsuit that Ripple’s XRP Token is security but on the other hand forced to comment on Ethereum, that it is not a security, was an improper way of using the power of the regulatory body.

In these situations, either Ethereum will fall under the legal issues or Ripple will get relief and also will get a tag for the XRP token as a crypto asset, not security.