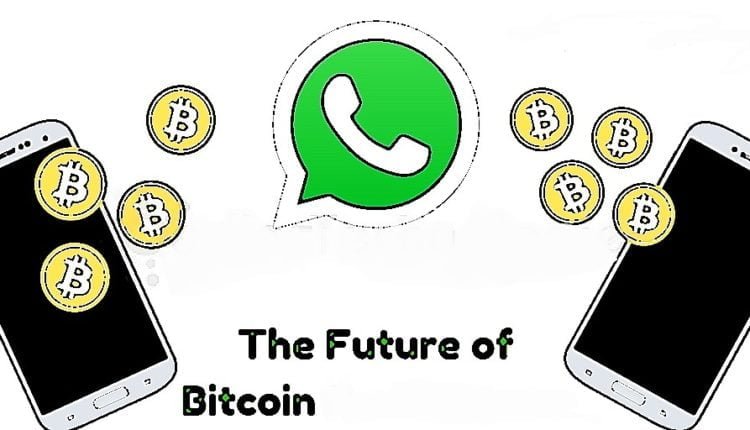 On 19th of May 2019 Zulu Republic, a digital platform published in a tweet that their Cryptocurrency messaging platform Lite.Im bot has introduced an easy way to send and receive Bitcoin on WhatsApp Application.

So to use this feature all a user has to do is to add firms bot Lite.lm in WhatsApp and then follow as usual on-screen prompts and instructions to complete the setup.

There are numerous other Options available of the users apart from just sending and receiving Bitcoins.

The service even allows referral program so as an option to earn Cryptocurrency. Other features include the setting of Default coin selecting preferred language and password for their respective wallet.

But as for now only two default language’s are available that are English and Spanish. The platform also supports sending and receiving of Ether(ETH) and ZTX which is a native token over the Zulu Republic platform.

So Making the BTC Transactions Easier,

With the introduction of SMS based Cryptocurrency transaction, the simplicity is obviously taken to the next level and outbounds another paradigm, especially in the case for the less tech-savvy individuals out there.

The firm is already introduced similar service on other messaging platforms like Facebook Messenger, Telegram and of course SMS.

According to the firm the social messaging is a far more important component and plays a vital wider Cryptocurrency adoption.

To take in notice like that of WhatsApp which alone has 1.5 billion users spread virtually in every corner of the world.

With the introduction to mobile transaction system making payments easier specifically in Southeast Asia and Africa as it is providing the unbanked and underbanked far more greater access to the payment channel.

In the continuing year itself, the firm is announcing the different establishments about there plans over to completely adopt Bitcoin.

Which such wider acceptance the firm is giving a rising challenge for the ‘Facebook Coin’.

As we know about Facebook having its own Cryptocurrency in the market but as the ZULU republic has completely taken the bar to a Hole new level.

But till now there is now an official word from the Facebook over the nature of there Cryptocurrency ambitions so nothing can be said as for now but there are most chances of having alike features like that of the Bitcoin itself.

Though we will also have access to the FBcoin, luckily having SMS based Cryptocurrency Exchange system exceeds far more in simplicity in them of Blockchain technology.

Also Read: What is Trading? How to Earn Bitcoin From Trading?

What is Trading? How to Earn Bitcoin From Trading?

Wyre Partners With Polygon to provide USDC on the…

Criminals Are Selling AstraZeneca Shots For…