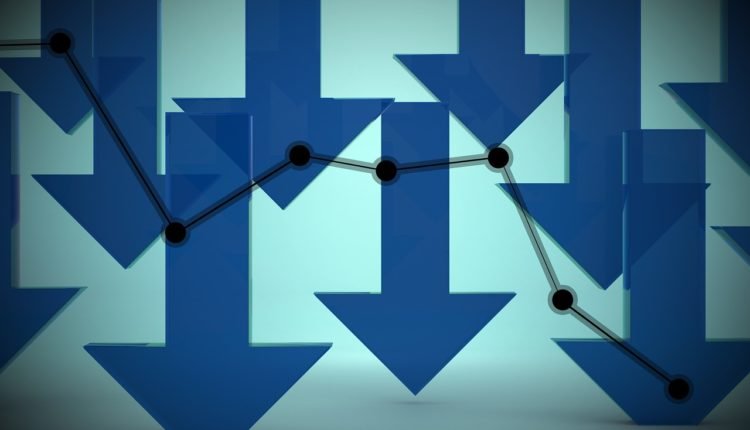 After the strong rally from $4000 to $8300 Bitcoin losing the pace and fall heavily from the top of 2019. Everyone looking for the reason of Bitcoin dump.

There are many positive news coming the last week followed by Bakkt announcement to start testing trading in July. Microsoft is making an identification tool based on Bitcoin Blockchain. Germany second largest stock exchange allows users to buy Litecoin and XRP.

There are rumours that e-commerce giant eBay will start accepting payments in Bitcoin and cryptocurrencies.

Bitcoin reacted to all these news and able to break the resistance of $8000. Bitcoin made a new yearly high of $8400 in 2019. The parabolic move of Bitcoin is ended with a quick selloff.

The whole cryptocurrency market lose $30 Billion from this crash. All of the top cryptocurrencies hit very hard and traded in red.

The U.S. Securities and Exchange Commission (SEC) has delayed the Bitwise Bitcoin ETF decision to whether approve or reject it. The ETF application was applied first in January to bring more money and security in the Bitcoin Space.

SEC delayed the ETF request many times. Bitwise and VanEck/SolidX ETF applications were delayed in March and set a new timeline of May for decision. The internal sources in the firm belief that ETF approval is just a matter of time now.

There are many rumours that eBay will start accepting payments in Bitcoin and cryptocurrencies. To all these rumours eBay’s spokesperson directly had a voice over it and said:

“Cryptocurrency is not accepted as a form of payment on the eBay platform, nor is it the part of our payments strategy.”


This may be the main reason of Bitcoin dump.

New York court ordered Tether (issuer of the stablecoin USDT) to stop giving any loans or credits to Bitfinex. Tether did not allow to send or distribute any funds to executives and employees.

In a post Bitfinex praise the Judge decision by saying:

“We believe that the court’s decision today leaves no doubt that both Tether and Bitfinex are entitled to run their businesses in the ordinary course, even during the short period when this now narrowed preliminary injunction is in place.”

There are many other technical reasons of Bitcoin dump.

What is the Hardware Wallet? Why do you need a hardware wallet?

Digital Euro Will Be Greener Than Bitcoin, ECB Plans…