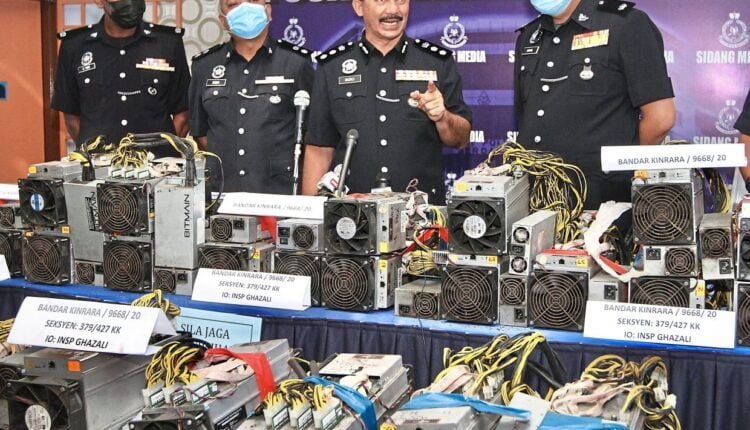 The Security Service of Ukraine raided Crypto Mining firm because of illegal techniques to collect electricity for mining. SSU seized the firm & also arrested the miners.

On 8 July, Security Service of Ukraine announced about theru raid on a mining firm which was using illegally extracted large amounts of electricity for their nearby location Vinnytsia city.

They seized 5000 computer equipment & recovered over 3500 PS4 gaming consoles and about 500 graphics cards that were found during the raid.

SSU further informed, firm was responsible for the huge electricity shortage problem in the city. That is why they needed to take this action to solve the problem and catch the responsible people.

“The SBU has exposed and documented the illegal extraction of large amounts of electricity in Vinnytsia.”

These miners were easily getting huge amount of electricity easily because of their mining firm located in the warehouse of  Ukrainian electricity provider, Vinnytsiaoblenergo.

And they tapped into the company’s power supply to operate their mining operations.

So these miners were getting huge amounts of electricity without any cost. And that is why they got catched by the Authorities.

Reports also say, this action of Ukraine’s authority against illegal mining farms is influenced because of the recent case of China’s seizure crackdown on a software company based in Beijing.

Related: ETH2.0 will not solve the long-term problems on Ethereum network : Vitalik Buterin

ETH2.0 will not solve the long-term problems on Ethereum network : Vitalik Buterin

Kioskos K1 is first Bitcoin ATM of made in El…

Bitmain brings 56K Bitcoin miners to the U.S in…