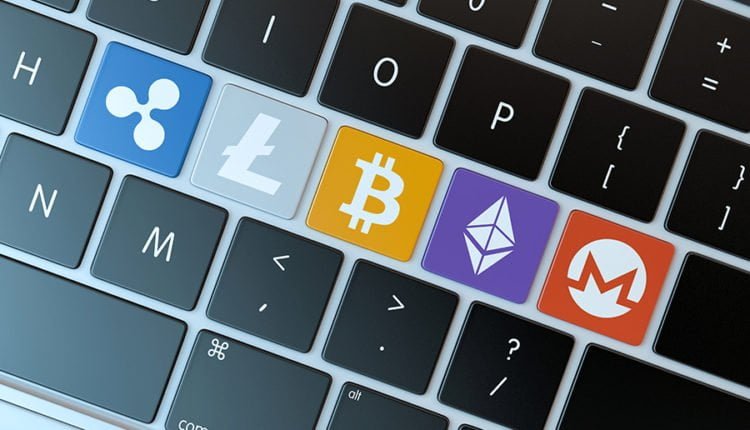 As a result of this massive adoption, we can predict that the year 2021 will be for wider adoption of cryptocurrency. In 2021, Blockchain Technology will also be a huge transformation as the Internet, machine learning, and electricity.

In the year 2020, JP Morgan started banking Coinbase and Gemini; Visa and Mastercard provided services to crypto companies; PayPal launched a new service, enabling users to buy, sell and hold cryptocurrencies; and Fidelity started a new Bitcoin index fund. Who is next?

Quite hard to predict but, we can definitely be sure that 2021 will be an exciting year for all the crypto traders. Which are the top cryptocurrencies that you can invest in 2021?

Let’s have a look:

Bitcoin will continue to top the cryptocurrency market as it currently is and the traders will consistently benefit from the high liquidity irrespective of the market conditions. Although Bitcoin is volatile like many other projects, it depicts consistent growth.

Ethereum is the second cryptocurrency to rule the industry. Many crypto enthusiasts see Ethereum as an alternative to fiat currency. Ethereum is more focused on decentralized applications rather than digital currency. This cryptocurrency allows the development of decentralized applications on their platform without the interference of any third party.

The applications that run on this platform operate through their own cryptographic token. It is something unique about Ethereum that attracts developers who wish to improve and run apps within the network. Ethereum can also be used on exchanges to buy other cryptocurrencies.

The majority of the Decentralized Finance applications are built and managed on Ethereum as ERC20 tokens. In 2021, ETH 2.0 will continue to advance its roadmap, by introducing shard chains, and will get rid of the proof-of-work consensus algorithm, and merge the Ethereum 1 chain with Ethereum 2.0.

Cryptocurrencies have a complex technology that some traders find it difficult to understand. But, Litecoin was created to fix this issue; serve as a “lite” version of Bitcoin, and play the role of “silver to Bitcoin’s gold”. Charlie Lee created Bitcoin in 2011 and the cryptocurrency adopted the best features of Bitcoin with some twists.

Litecoin transactions are faster which are completed within three minutes. Litecoin requires lower systems, as ordinary PCs can also perform mining. The cryptocurrency has shown tremendous results in 2020 as Litecoin was one of the largest cryptocurrencies making its way to the eighth position.

Last year in August, Litecoin launched the Proof-of-Stake (PoS) network which is a radical attempt to replace a flawed system with a proven and workable alternative. As more and more people have begun using Litecoin and this may become the reason for its price increase.

Stellar Lumens focuses on remittance and cross-border payments. With this platform, users of all income levels can access low-cost financial services. The services include Remittances, Micropayments, Mobile Branches, Mobile Money, etc. Another powerful feature is their distributed exchange feature.

IBM’s blockchain has decided to use Stellar Lumens as a cryptocurrency of choice for their payments infrastructure. Stellar is also gaining more traction in the Middle East, with more focus on Sharia to win the Muslim densely populated area.

Stellar Lumens has a high probability of going high because of the deep pockets of Stellar Foundation and their collaborations with IBM. Stellar is expanding its worldwide adoption as a fast and cost-effective solution. The cryptocurrency is capable of processing up to 1,000 transactions per second at 0.00001 Lumens, or just a fraction of a penny.

Bitcoin Cash will forever hold a special place in the crypto industry as it one of the earliest and successful hard forks of Bitcoin. BCH was created in 2017 with the aim to handle faster transactions than its ancestor, Bitcoin.

This cryptocurrency has blocks that can store 8MB of data, enabling faster transactions with low fees. Because of its scalability, BCH has incredible potential for growth and aims to be one of the best cryptocurrencies. Bitcoin cash has the potential to be the main blockchain for making online payments.

Bitcoin cash mining is more profitable when compared to Bitcoin mining. BitPay has adopted Bitcoin cash to allow payment on their platform. Along with wide adoption, the cryptocurrency is also testing a beta Telegram tipping bot — Tipmebchbot.

TRON is a peer-to-peer network developed by Justin Sun. It was launched on the Ethereum network initially but now running on its blockchain and aims to revolutionize the entertainment industry and democratize content creation. TRON has high-profile partnerships, including Samsung, bike-sharing company oBike, Chinese search engine Baidu, and Baofeng, the so-called Chinese Netflix.

TRON allows its users to create or share content and get rewarded with TRX. TRON is a transparent monetization system used by social media networks and it does not require any middlemen like the AppStore or GooglePlay. The rise of dApps is the reason for TRON’s upward movement and last year Tron’s dApp transaction volume surpassed that of Ethereum.

In summer 2020, TRON was successful with the TRON 4.0 Great Voyage protocol upgrade. This upgrade introduced privacy features to smart-contracts and became the reason for TRON to be bullish in the 2021 forecast.

Binance is the largest cryptocurrency exchange based on its volume and Binance Coin is its official token. Binance Coin offers seamless efficiency to all crypto traders. It offers its users with Binance card where they can pay for things just as they do with their regular credit card. The only difference is that the card should be loaded with either Bitcoin or Binance Coin to pay for groceries.

Binance Coin is much more than just a cryptocurrency. It was originally hosted on Ethereum until Binance decentralized exchange was live in 2017. The Binance DEX is similar to that of Ethereum, where it allows its users to buy and sell BNB as well as use it to convert other cryptocurrencies from one to another.

These benefits make Binance DEX the biggest cryptocurrency exchange by volume. The Binance DEX also offers a discount to all the users who pay transaction fees on the exchange with BNB.

Chainlink is a cryptocurrency that focuses on creating smart contracts for the outside world. It also aims to bridge the gap between blockchains and the applications that exist in the real world. Chainlink was created by the company SmartContract in September 2014 by its CEO Sergey Nazarov and CTO Steve Ellis.

Chainlink is a decentralized network of nodes that offers data and information from off-blockchain sources to on-blockchain smart contracts through Oracles. Analyzing Chainlink’s historical performance, it is predicted that LINK will continue to increase.

By expanding the smart contract’s capability, Chainlink provides access to real-world data, events, payments, and much more. It is done without compromising on the security and reliability that the cryptocurrency offers.

The year 2020 marked a great milestone for Polkadot as blockchain saw its first treasury proposals submitted and approved. Polkadot can quickly achieve millions of transactions per second. The currency will no more involve any high gas fees that will tend to slow down the network.

Although the cryptocurrency was launched in 2017, the development of the platform has been going on since 2015. Cardano is the only cryptocurrency that introduced the concept of peer-review of all the work done on the platform. Cardano has an entire platform that helps in building decentralized applications and smart contracts.

Cardano will be a more sustainable cryptocurrency in the coming days. It is possible to achieve both scalability and security at the same time with Cardano using the protocol Ouroboros. Cardano has its own wallet Daedalus, where you can store your ADA coins.