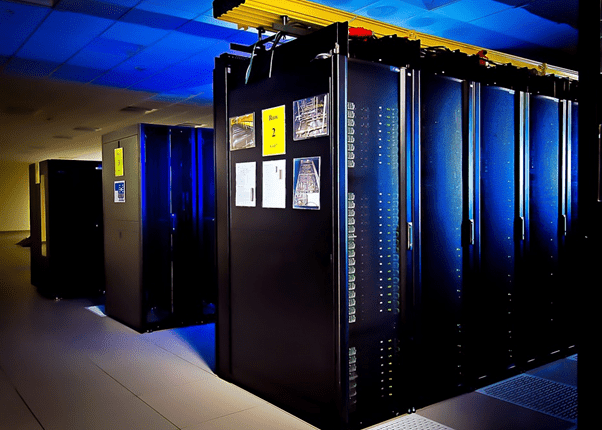 With a global climate crisis firmly on our doorstep, economists and ecologists alike take a closer look at bitcoin, wondering if it’s all as bad as it seems.

It would be unthinkable to assume that someone hasn’t heard of the climate crisis that we currently find ourselves in. Countries all over the globe are looking for new and innovative ways to reduce carbon emissions and find renewable energy sources with little to no negative environmental impact. Poised to make bitcoin one of the greenest currency systems available.

While the quest for radical change continues on, our regular habits have undergone intense scrutiny not yet seen. With things like transportation, diets, and even reproductive habits put directly under the microscope. The most recent of which being- our financial markets?

Perhaps one of the most frustrating finds was the recent revelation that bitcoin- a decentralized currency and asset traded by millions around the world, was gobbling up enough energy to power small countries. Which left policy makers seeking viable change and users asking for more comprehensive studies. Noting that the information being unearthed is woefully one sided and fails to paint a broader picture.

Some hope for new protocols, some call for the end of cryptocurrencies themselves. Others choose to circumvent by investing elsewhere, using crypto exchange platforms, like Bitvavo, that allows users to choose from multiple cryptocurrencies. While still criticizing the energy demands of traditional financial systems and looking to soft forks to address ubiquitous concerns.

No matter which faction you find yourself in, nearly every seasoned bitcoin user is less than impressed by widely publicized findings. Still maintaining that comparatively, bitcoin is one of the least worrisome of all financial institutions. Calling this newest discovery a witch-hunt on crypto. But any which way you cut it, the alternative currency network may find themselves in the midst of change. Whether they like it or not.

There are two suggested reasons behind the seemingly insatiable energy needs of bitcoin. The first is how the cryptocurrency is generated, and the other has to do with the machinery required to create and maintain it. Much like gold mines and the nuggets they produce, bitcoin requires specific devices in order to keep producing commodities.

The process of mining is how bitcoin itself is generated. Individual computers that are tied into the global network of bitcoin are called nodes. These nodes are used to help solve cryptographic equations in order to log transactions into the blockchain- bitcoin’s public ledger.

As equations are solved and transactions are logged, the owners of these nodes receive payment for their hard work. The owners are called miners and the payment is, you guessed it- bitcoin. Shiny new bitcoin in fact.

As bitcoin progresses through its own timeline, the cryptography associated with the equations becomes more and more difficult to solve- not to mention fewer and fewer bitcoins are released, and as adoption surges, more transactions will be required.

In order for computers to solve these types of equations, they require large amounts of energy- as in order for the nodes to mine in a timely manner, they have to work relatively hard. Requiring energy not only to run the machines but keep them cool as well. However, as newer and more efficient machines are created, these demands can reduce.

As you can imagine, the machinery needed to run these programs is specialist and expensive. Computers are quick to become outmoded anyway, but machines that are forced to run at maximum for months on end meet their demise much sooner than your standard desktop. While this has been one of the biggest concerns of media outlets reporting on bitcoin’s energy use- this school of thought may not actually be that detrimental.

Reports have suggested that only 1% of the environmental impact of bitcoin’s carbon emissions come from the rise and fall of the machines required to mine. As machinery improves, it becomes far more efficient at what is required of it. Which means less need for new equipment and even a decrease in energy demands. The community also seems keen to find greener sources for the energy that is required. Which is excellent news for users, as the possibility of protocol change has the ability to affect and address 99% of the problem.

Changes that could be made to bitcoin protocol hold the possibility of not only reducing the negative environmental impact of mining- but could also prove to lower fees and speed up transactions. Making a massive impact on the positivity of the market and valuation of bitcoin right alongside positive environmental effects.

While the bitcoin network has already begun to implement the lightning network, a system that essentially bundles together transactions, instead of requiring each individual one to be processed -some believe that changing the way transactions are processed may be the best way forward.

Proof of Work (PoW) vs. Proof of Stake (PoS)

Bitcoin uses what’s called a proof-of-work system to verify and log transactions within the network. The cryptographic equations are solved to mine bitcoins are solved by computers essentially submitting their best guess at the answer. This trial-and-error method means that all of the nodes on the network will guess millions of different combinations per second (which is why they’re working so hard and require so much energy), once one “finds” the correct solution first and solves the equation, that node is rewarded.

In proof-of-stake systems, there is no mining involved. PoS systems work somewhat similarly to a blind in poker. Nodes that want to be chosen to verify the next set of transactions (thus gaining a transaction fee) must put up a certain amount of coins or tokens as a stake. These coins or tokens are blockchain specific (i.e. someone wanting to validate on the bitcoin system would have to use bitcoin, on Ethereum, Ether, etc.) This stake is then “frozen” and cannot be used until the transactions are verified. Each node will stake the number of coins they choose and then the system will arbitrarily choose one node to verify the transactions.

The other proposal in keeping bitcoin green is requiring that miners use green energy sources in order to power their nodes. Renewable energy with no carbon emissions is the goal, so things like wind, solar, hydro, geothermal, and biomass may be better options for supplying these banks of machines.

Some governments seem to be toying with the idea of introducing strict legislation concerning the environmental impact of bitcoin use, but nothing concrete has been established. Making the change to bitcoin’s carbon footprint some pretty big shoes to fill.

Also Read: Read This Before Investing in Any Cryptocurrency

All About Proof of Work and Proof of Stake