What are Decentralized Applications (dApps)? 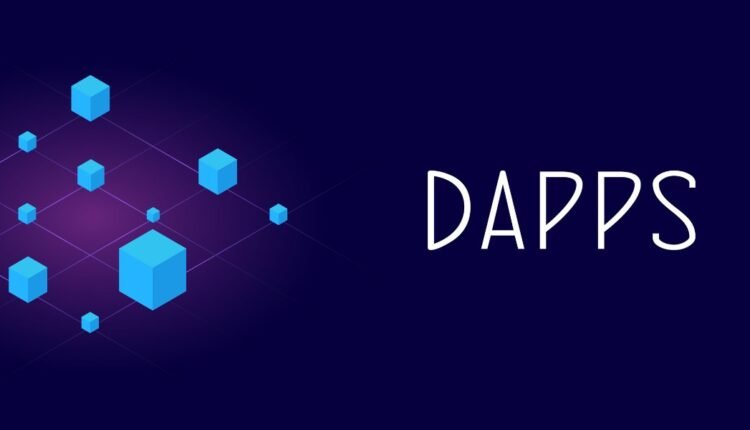 These days people use centralized applications that are owned by a central authority. Let’s consider Twitter, which is a centralized social media application. You can upload your images or tweet about some incidents.

All your content is controlled by Twitter. You lose the ownership of your data once you submit it to Twitter. Hence, the central authority can delete or remove any public-facing content posted to the application.

It’s high time that you eliminate the need for middlemen to process your data. There is a new breed of applications that are not owned by any central authority, cannot be shut down, and does not undergo any downtime. These applications are called Decentralized Applications (dApps) that use smart contracts to run transactions on a blockchain network like Ethereum.

But, before we dive into the concept of decentralized applications, let’s have a quick recap on the Blockchain network.

Blockchain network allows its users to process transactions without the need of any third party. To accomplish this process, the blockchain network uses an established protocol, public-key cryptography, decentralized ledgers, and rewards to users and miners for adding valid blocks. Hence, we consider blockchain as more secure & trustworthy which enables peer-to-peer transactions.

dApps also use this concept to offer secure user interaction over the blockchain network. In this article let’s discuss what are dApps, how they work, why we need them, and much more.

What are Decentralized Applications (dApps)?

dApps are decentralized applications that run on the blockchain or p2p network. They eliminate the need for any central authority. Let’s consider the Twitter example mentioned earlier to understand how we can overcome this problem.

The developer can create a Twitter-like dApp and put it on the blockchain. The user can tweet messages which can’t be deleted by anyone, not even the app creator himself. The sender can edit the tweet, but the original tweet will be retained forever.

A dApp should have there four characteristics to be considered as decentralized. Let’s understand which are they:

Now that you have understood the characteristics of dApps, let’s discuss its classification.

The decentralized applications use various Blockchain models, depending on the model that is leveraged, these dApps are classified into three categories:

Bitcoin is the first dApp associated that offers decentralized transactions between individuals. The blockchain network that is closely associated with dApps is Ethereum. The advantage of running dApps on the Ethereum network is that it reduces development time, increases security, and enhances scalability.

There are a few dApps which have achieved millions of dollars in the market. Let’s take a look at them:

Augur is a decentralized application that develops full-proof forecasting tools for the market. It is possible to do so, by integrating the prediction market with the decentralized network.

Golem is a decentralized application that is accessible to anyone in the world. It uses idle computer power and its use case came out as Brass Golem. The Brass Golem aims to enhance the CGI rendering landscape by allowing the CGI artists to rent out their powerful computing resources as per the CGI requirement.

Ether Tweet is a decentralized application which is similar to Twitter. It is a blogging platform where users can post content that cannot be deleted, as it is a dApp. Hence it will be an uncensored, unchangeable record of content publication possible through blockchain technology.

Siacoin is an open-source, decentralized private cloud that runs on its own blockchain. Siacoin (SC) is the token of Siacoin decentralized application.

After getting a brief idea on various dApp projects, let’s understand how these dApps are built.

How to build a dApp?

The process of building a dApp is not that simple when compared to the traditional application. It involves a few sequential steps and time frames.

The step involves publishing a whitepaper that explains the concept, features, and technicalities of the dApp. The community can also provide their feedback on the same, hence it gets easier to make a true dApp. Adding a plan of the procedure will be an advantage from the selling point of view.

To ensure that the dApp succeeds it is necessary to produce a solid roadmap to the open market. Also, it should highlight the capabilities and history of top developers and ideators in the project, as it builds trust and reliability among the community.

Initial Coin Offerings (ICOs) are the initial points of dApps. When you sell-off your crypto-coins, they serve as a way of gathering huge crowdfunding for your project. Once you decide to launch an ICO announce and explain the aspects of how the ICo of your dApp will be.

Once the application is developed, the final step is to launch the dApp. Along with the product launch, you should also release the notes and maintenance plans to keep the community members involved.

Having known the steps to build a dApp, it’s quintessential to understand the functionality of decentralized applications.

How does dApp work?

As the application is decentralized and runs on the blockchain, the records/transactions on the permanent ledger can be referred by anyone at any time. To add these records/transactions to the ledgers tokens are used. These tokens are mined or pre-mined using algorithms/protocols. Proof-of-work and proof-of-stake are the two most popular protocols used to reach a consensus between all the users of the dApp.

Ethereum, EOS, & TRON are the three popular platforms used to develop a dApp. Let’s briefly discuss the characteristics of these platforms.

Ethereum is such a platform that ensures security and enables a perfect decentralization. Although it is such a great platform when there is a need for scalability the platform becomes paramount. For instance, if you want to build a dApp focusing more on security rather than scalability, then Ethereum holds good for you. Say, if you’re developing gaming or a gambling application, then it is better to choose another platform as ETH does not fit well into the context.

The full upgrade of Ethereum 1.0 to Ethereum 2.0 is in progress and will soon be launched into the market. In this upgrade, Ethereum will shift from the Proof-of-work (PoW) to Proof-of-stake (PoS). The launch of Ethereum 2.0 is expected to be done this year, i.e. in 2020. Ethereum 2.0 will be released in various phases in 2020, starting from Phase 0.

Phase 0 will launch in 2020, Phase 1 is expected to launch in 2021, and Phase 2 & beyond will launch later in 2021 or beyond. Each phase aims to improve the functionality and performance of Ethereum in different ways possible. Ethereum 2.0 will enhance the scalability, throughput, and security of Ethereum Public Mainnet.

EOS is a decentralized platform that involves 21 validators to verify the transactions based on the Delegated Proof of Stake Algorithm. The validators earn rewards for voting as they can secure the network. This platform offers good scalability, as new users can use the platform even in the absence of network congestion. A rationalized decentralization helps in achieving the scalability of the platform. The platform does not ensure complete security because various nodes may team up to destroy the system.

TRON also functions on the Delegated proof of stake consensus algorithm. The scalability problem of the platform is solved by scaling the main chain itself. Hence, it results in having a more transparent cost structure. TRON cannot be said to be truly decentralized. If the validators team-up, then the users can be locked.

The advantages of decentralized applications are stated below:

While there are advantages of dApps, it also has a few limitations which we should consider:

It’s time to say goodbye to numerous traditional applications, as dApps may lead to a new type of Internet, where many of the internet-based applications run on decentralized platforms. The dApps have made their way into various industries like dentistry, music, photography, reputation management, pensions, employment, and much more. Although there are a few challenges that the dApps should overcome, it will be a fruitful invention of the blockchain era.

Once the dApps make a full-fledged entry into the market, various services like banking will become redundant. It is because people will start handling their finances on self-sustaining, trust-less, and decentralized networks. Also, we can see a new world of decentralized applications that is very young and dynamic.

Boomers and Gen X Confirms Subsequent Investments During the Pandemic