Why Africa is turning into a crypto hub? 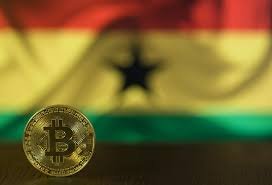 Poverty and political crises are among the most critical global problems of today. And if one specific geographical area can be mentioned here particularly, it’s Africa. Among the 53 countries scattering the continent, almost all of them – with a few exceptions, is considered the poorest in the world.

And if we want to be even more specific, high inflation rates are to be mentioned here. In just one year, from 2016 to 2017, South Sudan’s inflation rate skyrocketed at 102%. This problem is also prevalent in other African countries – Mozambique, Egypt, Zambia, Zimbabwe, and others are continuously butchered with double-digit inflation rates.

As a result of such a monetary crisis, those countries have become perfect playgrounds for cryptocurrencies. One specific reason behind this development is that the African countries aren’t sophisticated to the point where their legal frameworks extend to the cryptocurrencies, meaning the latter have virtually no boundaries of operation.

What does the blockchain offer?

The main motivation behind creating Bitcoin and other blockchain-powered currencies in 2008 was to provide much safer and anonymous payments. Besides, the cryptocurrencies are decentralized in their nature, meaning that when it comes to their supply and price points, no political or economic institution can decide its fate.

Cryptocurrencies’ only regulating body is their consumer base. Connected computer devices that make the whole blockchain system are responsible for every single transaction, as well as their supply. And because they’re not regulated by any government here in Africa or virtually anywhere else, there are no intermediaries and middlemen connecting the two parties.

The only intermediary here is the internet. Online payments guarantee that no matter which part of the world you are, you can freely make a payment and be subject to no taxes or limitations.

These and other perks and advantages of cryptocurrencies make them so much more convenient for their African users. For example, Egyptians, Zimbabweans, and others are already using Bitcoin, as opposed to their own national currencies that are skyrocketing in inflation, for their everyday payments. Even various financial brokers offer crypto-powered payments to their customers.

In addition, according to the GSM Association, over 725 million people in Africa will have a mobile phone subscription by 2020. What this means is that almost 60% of the population will have means and platforms for blockchain since it doesn’t require anything other than the internet-connected device.

One of the biggest reasons why cryptocurrencies are and will become even more clear-cut for Africans is that it doesn’t have any politically-induced inflation risks. Again, there’s no government or any other centralized body to act according to its own agenda. Only a pure demand will determine, how many Bitcoins, Ethers, or other cryptocurrencies are to be supplied to the market.

And when this rampant inflation ceases to exist, people will restore faith in their financial systems; they’ll be spending more stable money either in their countries and their continent or on international services and products. Either way, their financial reach will expand beyond what they’ve ever seen before.

Providing relief to the unbanked

On top of that, crypto-accounts do not require burdensome documentation and additional check-ups – you just submit your ID picture, enter some basic info, and you’re good to go.

Billions of unbanked people around the world are suffering from major financial limitations: they don’t have access to credits, international retail, investments, and many other basic options. With cryptocurrencies, though, all of them are “unlocked” and ready to use. A big portion of Africans that don’t have bank accounts can now use cryptocurrencies for various payments.

In addition, this can act as a major impetus for the development of the economy. When businesses and entrepreneurs have the opportunity to enter international markets without limitations, their production volumes will also expand and thus, the whole GDP will benefit from that.

Everyone wants to transfer to cryptocurrencies

Some of the private entities with crypto-powered payment systems are already emerging in those countries. For example, in Kenya, there are several companies that facilitate virtual payments and crypto transfers from Africa to anywhere in the world and vice versa. Some of those companies are already making several-million-dollar profits annually, making crypto-business a lucrative endeavour.

Not only that, even the governments want their share in cryptocurrencies as well. Realizing how advantageous the new financial technology can be, Senegal, Tunisia, among others, are already testing their own digital currencies. Others are waiting for this experiment and if it proves to be successful, they’ll also move to this platform.

However, there’s a catch here: the most popular and well-known cryptocurrency, Bitcoin, is famous for its volatile prices. In 2017, it reached nearly $20,000 just to crash back down to $8,000 in just two months’ time. And while it can be a great investment asset for many traders, it’s practically irrational to use Bitcoin for everyday payments – you never know when your funds change their actual value.

Besides, since cryptocurrencies are anonymous in their nature, they can be a great weapon for criminals and terrorists around the globe. In 2011, Bitcoin was a popular choice of payment for money launderers and drug dealers, seizing nearly $50 million in illicit activities.

Apparently, these risks are far more prevalent for many countries than the advantages. For example, Ecuador, Bangladesh, and several other countries have outright banned cryptocurrencies to evade criminally-induced transactions on their soil.

All in all, cryptocurrencies might be considered double-edged swords for many economists and critics, however, they have clear benefits for the African nations, as well as the world as a whole.