5 Reasons to Use Bitcoin for Remittances 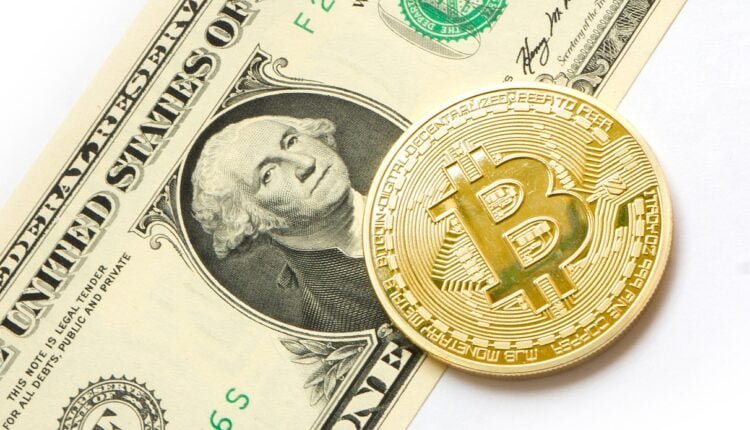 Because of the unique structure of virtual currencies, there are certain inherent benefits to trading with bitcoin rather than conventional currencies. Despite being over a decade old, the digital currency environment is continuously evolving, with most tokens untested as a means of exchange, and users should be cautious to evaluate their advantages and dangers. Bitcoin can be used as a medium for your currency conversions, for example, if you want to convert CAD to Naira, you can simply use BTC as a middle-man.

However, bitcoin is intended to provide consumers with a distinct set of benefits over conventional payment systems. We shall take a deeper look at those listed below, but first; it is worth learning about bitcoin. It will be simpler to appreciate the benefits of utilizing Bitcoin for payments if you have a better knowledge of how it was created.

What Exactly Is Bitcoin?

Bitcoin is a decentralized, peer-to-peer cryptocurrency system that enables internet users to conduct transactions using digital units of exchange known as bitcoins (BTC). The Bitcoin network, founded in 2009 by a mysterious entity known as Satoshi Nakamoto, has come to dominate and even define the cryptocurrency space, spawning a legion of altcoin followers and representing for many users an alternative to government flat currencies such as the US dollar or the euro, or pure commodity currencies such as gold or silver coins.

Why is there a need for bitcoin in the first place, when there are already so many convenient payment methods? Bitcoin’s decentralized state, which means it is not controlled or governed by any central body, is a crucial feature. This instantly sets it apart from fiat currency. Bitcoin transactions are handled by a private network of computers connected by a shared ledger. Each transaction is recorded in a “blockchain” on each computer at the same time, which refreshes and notifies all accounts. The blockchain functions as a distributed ledger, eliminating the need for any central authority to keep such data.

Bitcoins, unlike fiat currency, are not issued by a central bank or government system. Rather, bitcoins are “mined” by a computer through a process of solving increasingly complex mathematical algorithms in order to verify transaction blocks to be added to the blockchain, or they are purchased with standard national money currencies and placed into a “bitcoin wallet” which is most commonly accessed via a smartphone or computer.

Now that we have seen a quick rundown of what bitcoin is, we can better comprehend how this leading cryptocurrency may help its users.

For many users, the main attraction of bitcoin, and indeed one of the core principles of cryptocurrencies in general, is autonomy. In principle, digital currencies provide consumers greater control over their money than fiat currencies. Users may decide how their money is spent without having to interact with an intermediate body like a bank or government.

Bitcoin purchases are private. Unless a user willingly discloses his Bitcoin transactions, his purchases, like cash-only purchases, are never linked with his personal identity and cannot be readily traced back to him. In reality, the anonymous bitcoin address created for customer purchases is different for each transaction. This is not to argue that bitcoin transactions are completely anonymous or untraceable, but they are considerably less easily connected to personal identification than other forms of payment.

The bitcoin payment system is entirely peer-to-peer, which means that users may send and receive payments from or to anybody on the network anywhere in the world without the need for permission from any external source of authority.

4. Bank Fees Are No Longer Charged

While cryptocurrency exchanges often impose “maker” and “taker” fees, as well as occasional deposit and withdrawal costs, bitcoin users are not subject to the slew of conventional banking fees associated with fiat currencies. This includes, among other things, no account maintenance or minimum balance fees, no overdraft costs, and no returned deposit penalties.

Fees and currency charges are usually associated with standard wire transfers and overseas purchases. Because bitcoin transactions do not involve any intermediate organizations or governments, transaction costs are kept to a minimum. This may be a significant benefit for tourists. Furthermore, every bitcoin transfer occurs extremely fast, avoiding the hassle of usual permission procedures and wait times.

The potential of international bitcoin transactions being exploited for money laundering is by far the most serious worry. Banks and Money Transfer Operators are subject to stringent reporting rules, and the Office of Foreign Assets Control restricts the nations and people who may receive funds.

Furthermore, transferring Bitcoin incurs transaction fees, which may be unexpected. Bitcoin fees are determined on a per-byte basis rather than a percentage basis, which means that tiny transactions are more costly.

Many financial sectors have been proposed as potential use cases for Bitcoin transactions, including international remittances. Because conventional services are expensive, consumers may save money by transferring bitcoins directly to the receiver. Many companies provide software that facilitates Bitcoin transfers without needing consumers to comprehend cryptocurrency.

Canaan Is Ready To Start Mining Business In Kazaksthan

US financial regulators are on the radar over the…