90% Profits in 30 Second on TurboXBT. Diving Deeper Into the Best Short-Term Contracts Platform 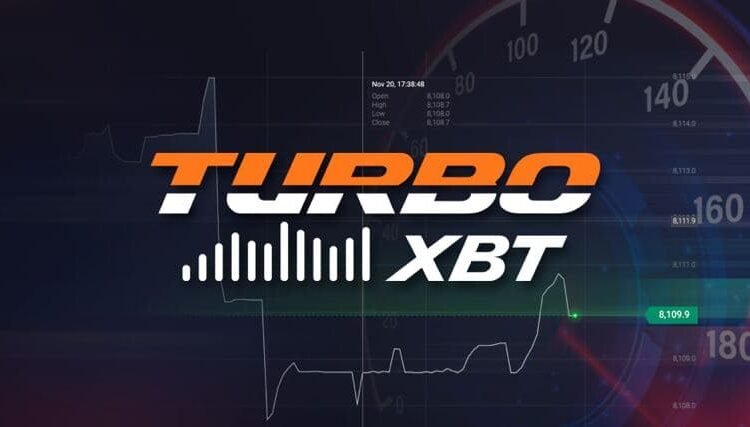 TurboXBT now makes it possible to earn up to 90% profits from the trading of short-term contracts involving synthetic digital assets. Making money in today’s digital currency ecosystem now forms a full time profession for many people, as the nascent industry has grown to offer a wide range of options to earn money.

From participating in Initial Coin Offerings (ICO) which was the order of the day sometime in 2017, to the provision of liquidity on decentralized exchanges (DEX) as we have it today, the options being embraced by investors are now so diverse. The ultimate uniqueness of the cryptocurrency ecosystem is the ease with which evolution is birthed. The short-term trading contract from TurboXBT is one of the most innovative transitions in recent times, and it highlights how small resources in terms of capital and time, can be harnessed for profitability.

The platform was launched recently, however, it is flashing the natural tendencies to be one of the trading powerhouses for its niche offering. For many who need a glimpse of what the platform is, this article does just that, and provides an exposition into the exchange, as well as its product offering – short term contracts.

What TurboXBT is and is Not

In order to lay a good foundation for what TurboXBT is, it is ideal to give an exposition into what TurboXBT is not. There are hundreds of exchanges out there, most of which fall into one or more of the following categories;

It is pertinent to note that TurboXBT is centralized in its own right, but not a derivatives exchange. TurboXBT has its own uniquely designed trading system, where users can trade synthetic assets under small time frames. With this new offering, the exchange seeks to chart a completely new territory in the emerging world of digital currencies.

Taking a detour from the normal offerings from other known exchanges has not made the TurboXBT deficient in the features that users can enjoy. As a matter of fact, TurboXBT brandishes a very superior platform design, echoing simplicity and user friendliness. The platform’s home page features almost everything the users need which are all captured in one view.

The TurboXBT platform offers a unique dashboard management for the user. The key management features includes the ability for the user to view their ‘Trade History’, as well as a Leader Board which details the performances of the top trades on the platform in real time.

FTX Plans to Expand crypto Business to the US…

The TurboXBT platform supports 17 different assets split across cryptocurrencies (Bitcoin, and Ethereum), foreign exchange currencies, commodities and indices. These assets are designed to feature a total of 38 trading pairs, a good spread for users to choose from. Amongst the other notable features that makes the platform a global trading avenue is its support for multiple languages including English, French, German and Spanish amongst others.

How Does the Short Term Trading Contracts Work?

There are a few steps to getting started with the short term contract trading on TurboXBT. This step involves opening an account for those who do not have an account for those who do not have one before. The registration process is simple and requires no KYC as it requires only email and password to hop on board. This preliminary step is then succeeded with account funding, which can be done through deposit into any of the supported digital currencies including Bitcoin, Ethereum, USD Coin (USDC), and Tether (USDT).

With a funded account, the user can then proceed to place the first trades. In doing this, the user selects the asset pair to trade, for example, the BTC/USD pair. A suitable time frame that is visible on the chart interface is then chosen, and the trade is executed by clicking either the green UP button for the upward trend or the red DOWN button to bet on price falls. The trade winnings are dependent on whether the traded pair gained or lost in value within the set time limit.

There is a provision on the TurboXBT platform for those who are risk averse, and would want to get used to the platform before committing actual funds to trading. For this category of people, there is a demo account with pre-funded $1,000 that can be used in trading. This demo gives the exact trading experience as the actual accounts, however, with no risk involved.

It should be noted that actual trades on the TurboXBT platform, though can give up to 90% in a single trade, can also lead to losses. A common similarity that the platform shares with other exchanges is that risk management skills must be showcased. Users are encouraged to trade only with the funds they can bear losses on.

The trading pairs on TurboXBT come with varying payout rates which can be as low as 60%, and as high as 90%. Depending on the pair chosen, the condition of the underlying market, and the time frame, users can earn as much as 90% per trade. Should the highest payout rate be won on a trade of $1,000, the user’s closing balance after the trading session will be $1,900 (1,000 x the payout of 90% plus the original capital).

TurboXBT takes no commission on this winnings, however, funds deposits and withdrawal are subject to blockchain gas fees per time.

The TurboXBT is a Platform Worth Trying

Many exchanges are often unable to meet up with customers demands, or with the promises being made at inception. The reality of the market and intense competition often makes fulfilling set goals an arduous task to keep up with. There are modalities in place to cushion the TurboXBT marketplace from these realities, much of which will be made obvious in the continuous product development on the platform in the near future.

Getting onboard the platform is the only direct way to gain a first-hand experience of the platform’s unique speed, security, and stability that the exchange brandishes.