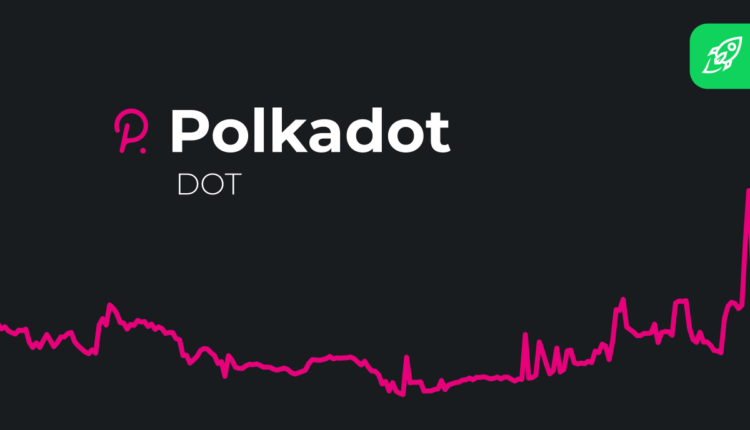 The Polkadot project was revealed in August 2020 as another potential “Ethereum Killer” that would sidestep many of the issues that the massive proof-of-work network was experiencing as it migrated to its final proof-of-stake form. Blockchain technology faced severe challenges before Polkadot was established as a solution to the problem of cross-chain transfers. To be added to Polkadot, a parachain must occupy one of the available parachain spaces. A parachain slot is a limited resource on Polkadot, and only a handful will be available.

As parachains become more popular, just a few spots may open up every few months. On Polkadot, the goal is to have 100 parachain slots available in the future (these will be split between parachains and the part thread pool). If a parachain wants to be guaranteed block inclusion at every Relay Chain block, it must get a parachain slot.

Much of the buzz around Polkadot in 2021 has revolved around its plans to launch 100 “parachain” projects based on its Substrate architecture, with the first auctions determining the winners.

What exactly is Polkadot?

In practice, this means that decentralized programs (DApps) are built using Polkadot’s parachains rather than the blockchain itself. Polkadot is neither owned nor maintained by a single person, unlike many other public blockchains. Instead, the native token, DOT, is employed to make decisions. DOT allows for staking, bonding, participation in Polkadot Parachain Auctions, Polkadot Parachain crowd lending initiatives, and, most significantly, governance.

Polkadot is a multichain sharding solution that makes moving assets, data, and tokens between blockchain straightforward. Polkadot is the 9th largest blockchain project in terms of market capitalization, with relay chains, parachains, parathreads, collators, and bridges providing considerable functionality to its users.

Before you can comprehend the Polkadot parachain auction, you must first understand parachains.

Project-specific blockchains constructed on top of the Polkadot (DOT) and Kusama (KSM) networks are known as parachains. Parachains can be customized to satisfy a wide range of requirements. A parachain is a blockchain that has its token, governance structure, and functionality. On parachains, transaction fees might be set differently than on the main chain. Consider them independent networks that are interoperable with each other and with Polkadot, allowing for easy chain interoperability.

Parachains can benefit from the security of the Polkadot or Kusama networks (Polkadot’s “canary” test network), as well as sharing the main chain’s validators (those who check transactions on a blockchain), duplicating the mainchain’s security on the parachain.

The interplay of the Polkadot Relay Chain with Parachains

The parachains are connected to the main chain through the core Relay Chain (Polkadot or Kusama). The central relay chain, also known as the Polkadot and Kusama networks’ CNS, supplies the common properties shared by all parachains.

Parachains are supported by Substrate, the next generation of web software development frameworks known as Web3. Both the Polkadot and Kusama networks leverage Substrate’s web3 functionality.

Polkadot Parachain Auction: What Is It?

The cost of shared security and transaction processing is high. One way to acquire access to them is to lease a slot on the Relay Chain. Projects compete for a seat by presenting the most competitive proposal. Using a technique known as the Crowdloan Campaign, the first Polkadot Parachain Auction winner raised 32.5 million DOT (about 1.3 billion USD at the time) to lease the space for two years.

On Polkadot, how do auctions work?

In Polkadot parachain auctions, projects bid (bond) their DOT and urge their supporters to do the same, which is known as a crowdloan campaign. All DOT bonds issued at the auction will be frozen until the lease ends if a project is awarded. Because supporters will incur certain opportunity costs (for example, not being able to earn staking rewards on certain DOT), projects will most likely compensate them with tokens.

The notion that an algorithm will determine when an auction ends — or, more accurately, when it has ended — is an intriguing facet of auctions. Projects, for example, had until 23:00 GMT to submit bids, but a random number determined that the cut-off time was 22:25 GMT; anybody who entered the auction after that time was no longer eligible. This is done to deter people from entering at the last minute and placing large bids.

What Happens During Parachain Slot Auctions?

What is the mechanism at work here? The candle auctions at Polkadot Parachain Auctions are mainly automated (with some adjustments relevant to blockchain technology). It indicates that the process has a beginning and an end. The winner might be chosen at any point, but we won’t find out until the end. The closing moment is set retroactively at the finishing phase. Late bids have a lower probability of winning since the closure time determined retrospectively might have occurred before the bid was made.

What motivates projects to take part in the Polkadot Parachain Auction?

Polkadot Parachain Auctions do not offer a free and open environment like ERC20 tokens, which just required a white paper to establish a smart contract on the Ethereum Blockchain. It’s not as straightforward as installing an L2 solution or a sidechain (*it’s not that easy, but projects don’t need permission to do so). A blockchain must either be linked to the Relay Chain and lease a slot to become a parachain (which might be difficult for some projects) or utilize the “pay as you go” approach to become a parathread to join the Polkadot ecosystem.

Why do projects want to invest time and effort in accumulating a sufficient number of DOT to secure a slot if there are alternatives to participating in the Polkadot Parachain Slot Auctions? Let’s have a look at the Ethereum network to see if we can discover a solution to this problem. Even though the Ethereum blockchain has done a fantastic job of letting anybody easily install DApps, DAOs, ERC20, and ERC755 tokens, the network is now facing considerable congestion and high gas prices. The problem of high congestion and expensive gas pricing is being addressed by several Ethereum L2 chains and sidechains (at least 11 at the time this article was written). When compared to other blockchains that support smart contract technology, such as Solana, even L2 chains and sidechains remain pricey.

Holders of DOT or KSM can pledge their cryptocurrency to a project they believe should be awarded a parachain spot during a parachain auction. Parachain auctions use a process known as a candle auction to randomize the precise moment an auction’s winner is chosen.

Central Bank and Fed of Pakistan suggested to ban…