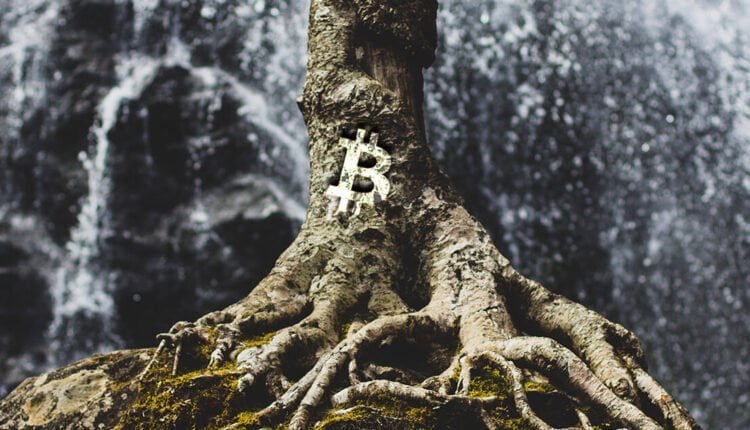 Bitcoin is the evergreen cryptocurrency in the digital currency ecosystem. BTC has been the anchor that keeps the crypto-verse in firm standing. But, this digital currency has certain issues that cannot be overlooked. One of the biggest issues is that of privacy. As Bitcoin has a public blockchain anyone can monitor the transactions that occur on the network.

Coin mixing and CoinJoins techniques enable the possibility to increase anonymity. But, none of these techniques make Bitcoin a private currency. There is an upgrade to Bitcoin that helps in solving Bitcoin’s lack of privacy and other concerns. It is the Taproot upgrade.

The Taproot upgrade consists of three Bitcoin Improvement Proposals (BIPs) that define three upgrades to the Bitcoin protocol. They are the Schnorr Signatures, Taproot, and Tapscript. BIPs 340, 341, and 342 are often collectively referred to as BIP Taproot. All these upgrades introduce new, more efficient, flexible, and private ways of transferring Bitcoin. Let’s understand in detail these Bitcoin upgrades.

A German Mathematician and Cryptographer, Claus Schnorr introduced the Schnorr Signatures that efficiently generate simple and short signatures. It is represented by BIP 340. Claus had a patent for his signature that officially expired in 2008. Satoshi adopted the Elliptic Curve Digital Signature Algorithm (ECDSA) because it was already widely in use, well-understood, secure, compact, and open-source.

BIP 341 defines how Bitcoin’s protocol will integrate Schnorr signatures. Taproot is a soft fork introduced to enhance Bitcoin’s scripts to increase privacy and ease complex transactions. With the Taproot upgrade, users can cloak all the moving parts of Bitcoin transactions that include features like timelock releases, multi-signature requirements, and others. Even when the transactions adopt these features, they will look like a single transaction.

Also, with Taproot it is possible to hide the fact that a Bitcoin script ran at all. For instance, enabling a transaction using Taproot will make adding it to a Lightning Network channel, a peer-to-peer transaction, or a sophisticated smart contract more indistinguishable. Anyone observing these transactions will see a peer-to-peer transaction. It is worth noting that it doesn’t change the fact that the wallets of the initial sender and final recipient will be exposed.

Bitcoin Core developer Greg Maxwell introduced the Taproot proposal in January 2018. In October 2020, Pieter Wuille created a request to merge Taproot with the Bitcoin Core Library. To deploy this upgrade node operators need to adopt Taproot’s new consensus rules. Based on how it works, the activation may take months.

How does Taproot work?

Taproot is designed to enhance the privacy and implementation of Bitcoin scripts. It does not require the user to reveal any information contained in the scripts. Taproot only displays the condition that was activated when the condition was made. Now, let’s understand how the transactions and scripts work within the Bitcoin network.

Bitcoin transactions are defined by P2SH that determine how the cryptocurrencies will be spent in further transactions. Crypto transactions are secured by a public key where the recipient should provide a signature to demonstrate that they own the coins and can also spend them.

Scripts P2SH can also modify or adjust their actions. There may be some restrictions imposed on the spending of bitcoins or actions within the blockchain. For example, users can set time lock functions to determine when bitcoins can be spent. Also, conditions like multi-sig or multi-signature can be imposed where users can be the owners of their wallets. Hence, it takes multiple signatures to authorize and successfully carry out a transaction.

The problem occurs when the transaction is made. When an expense is authorized, all the conditions (met or not met) are exposed to everyone in the network. .The activated condition will be revealed along with all other conditions. Hence, the conditions will be exposed to the knowledge of all. This indicates the privacy issues associated with the Bitcoin network as all the wallets will not have multi-signature or blocking times.

The implementation of Taproot will enhance network privacy. This implementation will avoid all the conditions from being exposed while it only exposes the final activated condition of the transaction. Along with this, Taproot will represent such transactions as normal or conventional, where it becomes impossible to distinguish them from each other.

Schnorr & MAST are the essentials

For a successful implementation of the above process, a combination of Schnorr firms and Merkelized Abstract Syntax Tree (MAST) are major requirements. Schnorr signatures allow the addition of multiple signatures in the transactions and unifying them into one.

The signature scheme offers various uses allowing the combination of public keys with signatures in a multisig transaction. Hence, they will be indistinguishable. Schnorr firms are one of the safest and most reliable versions of elliptic curve cryptography. These signatures are faster to verify enabling faster confirmation of the transaction and enhanced transaction time.

MAST is a technique used by Taproot to hide the conditions that were not triggered in a transaction. Only those conditions that are activated within the network will be displayed. MAST uses the Merkle tree structure to divide all the conditions individually. It does not combine them into a single hash, instead includes them all within the Merkle tree. In fact, it offers Merkle root where all the coins will be stored. Through this solution, Taproot reveals only the condition that is fulfilled after a successful transaction. It hides and protects all the other data.

Taproot is the most efficient upgrade to the Bitcoin network. If Taproot will be successfully implemented with Schnorr Signatures & MAST we can see better enhancements in the privacy, scalability, security, & various other sectors. With these improvements, the user experience will also reach greater heights.

OctoFi and INKubator Review 2021: What You Need to Know