Bitcoin is indicating growth in its maturity, but the institutional investment is small, says Goldman Sachs 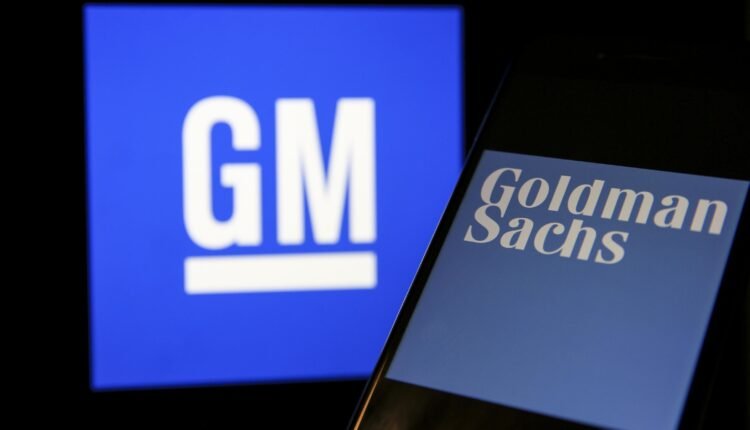 Goldman Sachs’, Jeff Currie states that Bitcoin is indicating growth in its maturity, but institutional investment in this nascent market is very small. The head of commodities of the Investment Bank said that more money from the financial world is required to flow into Bitcoin for better stabilization.

On Monday, Bitcoin and other cryptocurrencies experienced a brutal sell-off. Nearly, $200 million of all the digital coins involved were wiped off from the market value. This was noticed after Bitcoin reached its all-time of $42,000 last week. At the time of writing, Bitcoin is trading at a price of $34,695.71, whereas the second-largest currency Ethereum is trading at $1,080.70.

On Monday in an interview with CNBC’s Steve Sedgwick, Currie told that,

“I think in any nascent market you get that volatility and those risks that are associated with it. The key to creating some type of stability in the market is to see an increase in the participation of institutional investors and right now they’re small.”

Adding to it, he also said that out of more than $600 billion invested in Bitcoin right now, roughly 1 % of it is institutional money. Investors view Bitcoin as a store of value that is similar to gold. It is due to the unprecedented economic stimulus in the advent of the coronavirus pandemic that will devalue the currencies like the dollar.

During the last year, well-known Wall Street investors like Paul Tudor Jones and Stanley Druckenmiller betted on Bitcoin. There are a few asset managers who have allocated a small portion of their portfolio to the cryptocurrency to get some idea about its wild gains.

A few strategists at JPMorgan have also predicted that Bitcoin could surge as high as $146,000 in the long term. Adding to it, they also noted that Bitcoin will have to become less volatile to reach this price.

Cryptocurrencies are notoriously volatile in nature. Bitcoin had a similar rally in 2017 when it reached a value close to $20,000 a coin before falling to $3,122 in the succeeding year. Skeptics, such as stockbroker Peter Schiff and economist Nouriel Roubini, consider Bitcoin to be a speculative asset and a market bubble that may burst.

One of the biggest questions among investors is how to value Bitcoin. Bitcoin is not a stock that has traditional metrics to check whether the currency is overpriced or overvalued. The market value of Bitcoin is more than $600 million. This value is calculated by multiplying Bitcoin’s price with the number of coins in circulation.

Currie Stated that it can give some long-run equilibrium. He also added to it saying that the level of volatility and uncertainty in the market “makes it very difficult to forecast it.”

Also read: Why Would The Approval Of A US Bitcoin ETF Send The Cryptocurrency Plunging In The Near Future?

Why would the approval of a US Bitcoin ETF send the cryptocurrency plunging in the near future?

Grayscale resumes accepting investments in all of its cryptocurrency trusts