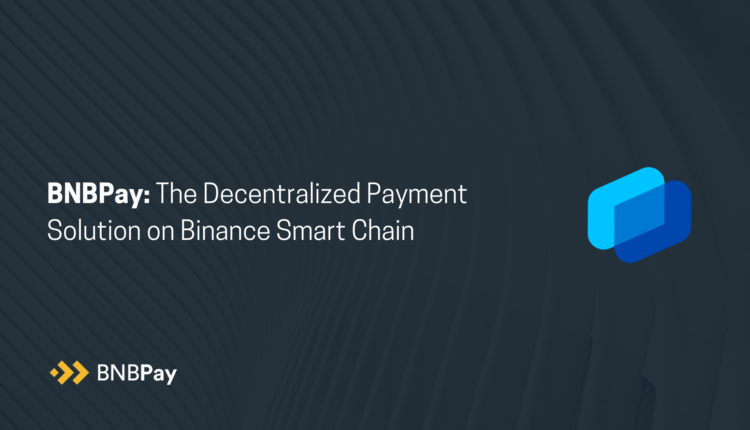 BNBPay is a platform that aims to become the most widely accepted crypto for both traditional and e-commerce. Built on the Binance Smart Contract network (BSC), BNBPay plans to create a payment ecosystem where people can stake and pay using any BSC token. Led by Zave Huang, James Zhang and Teason Phang, the BNBPay team has over ten years of experience in legacy payment processing systems. BNBPay CTO Teason Phang has built multiple tech businesses, including two in merchant payments.

Recently, the payment platform applied for an operational license with the Monetary Authority of Singapore (MAS). Consequently, if MAS gives the decentralized startup the green light, BNBPay may become a major player among digital currency payment platforms.

The $BPAY token is the underlying currency used for all transactions on the BNBPay platform. The token has a total supply of 10 billion, with 60% of that amount put on public sale in Pancakeswap. Another 10% was set aside for payment rewards, with a further 10% going to the dev team. There are plans to burn 15% of the tokens to ensure $BPAY stays deflationary, while the final 5% has been earmarked for marketing.

In the short time it has been around, BNBPay has seen an impressive organic uptake in its wallet numbers, with about 50,000 holders currently on the platform. Similarly, its market capitalization registered tremendous growth, going from under a million to almost 450 million at its peak.

BNBPay imposes a 10% tax on all buy and sell transactions on Pancakeswap, with the resulting yield used to reward existing holders of $BPAY. However, merchants will not pay the 10% tax for making settlements in the near future.

The first element of the ecosystem is the BNBPay Wallet, through which holders can make and track payments and stake and earn $BPAY tokens. The second element is the BNBPay e-Commerce, which enables online payments for Woo-commerce and other major online platforms.

The third element of the BNBPay ecosystem is a standalone crypto POS terminal designed for brick-and-mortar vendors. This terminal will give merchants the option to receive crypto, stablecoins and over 150 fiat currencies, thus cushioning merchants from any risks stemming from volatility.

The final element of the platform is the BNBPay Reward system, and it is used to reward users as they spend their BSC tokens. All these components, the BNBPay mobile app, the BNBPay e-commerce plugins, Point of Sales and the staking rewards platform, are scheduled to launch towards the end of the current financial quarter.

BNBPay’s e-commerce services are currently accepted at four establishments in Malaysia, Italy and Indonesia. However, the platform has over 60 merchants on the waitlist, with plans to join forces with Kee Song Biotech Holdings and become their exclusive crypto payment partner. The team is working hard to rope in even more merchants into the program. BNBPay will also award $BPAY to users leveraging its e-commerce services according to the tier levels they hold.

Benefits Offered by the BNBPay Platform

The developers of BNBPay identified specific pain points hampering the growth of both the BSC DeFi market and the online payment market and hoped to use the platform to solve them. For instance, while BSC is full of meme coins, most of them have little to no utility, and this often cripples their founders or development teams when they want to push these tokens to the next level.

Through BNBPay, dev teams can make their meme tokens tradeable in both online and offline shopping, thus imbuing them with that much-needed utility.

BNBPay styles itself as the future of merchant crypto payments. The platform is taking steps in the right direction towards solving the issues mentioned above, hampering the adoption of cryptocurrency in online commerce.

The BNBPay team is hopeful that with the upcoming Kee Song partnership, a possible MAS payment license approval, and concerted efforts to increase merchant and user numbers on the platform, BNBPay will achieve even more success in the next twelve months.

If that is not enough, token founders or dev teams can also use BNBPay to partner with vendors to run promos and campaigns to boost their token’s visibility. For example, they could have exclusive discounts for products paid using a particular coin on BNBPay.

Another group of users in the BSC ecosystem that BNBPay hopes to help are the digital investors reluctant to sell their tokens for profit in the belief that those tokens will increase in value. After seeing the value of tokens such as Bitcoin and Ethereum go through the roof in recent times, many investors may be forgiven for suddenly developing hodling tendencies. But by staking $BPAY tokens on BNBPay, investors can maximize their returns while still holding on to their coins.

BNBPay seeks to provide a quick and seamless system for crypto transactions. On the platform, customers can spend BSC tokens of their choice without going through lengthy withdrawal processes. The BNBPay Wallet, available on Android and iOS, greatly simplifies payments for online and offline purchases.

As stated earlier, existing online payment methods are pretty expensive and could even take days to complete. But unlike the traditional service providers, the core of BNBPay’s philosophy is to provide instant, borderless commerce payments at the lowest cost possible. A reduction in transaction costs should be music to the ears of consumers who have had to contend with the hefty fees charged by mainstream payment solution companies.

Furthermore, as the crypto industry has grown, there has been a desire among both online and offline vendors for a platform that would allow them to accept digital currencies and have the transaction reflected immediately in their books. BNBPay makes it possible for the point-of-sales systems of shops, bars, restaurants, and cafes to collect funds near-instantaneously rather than wait for the more traditional end-of-day settlement. Having crypto transactions reflected in their books makes it easier for vendors to do their accounting and file their taxes.

Finally, data privacy issues are becoming increasingly relevant, and many customers may feel uneasy about leaving their personal information in the hands of traditional payment service providers. Bad-faith actors have been known to breach these service providers’ databases. To ease the minds of consumers, BNBPay provides a highly secured platform to protect against cyber-attacks of any kind.

Crypto transactions require vendors and customers to have the specific infrastructure in place to facilitate the process. The general lack of information associated with cryptocurrency is one of the reasons that makes merchants hesitant to upgrade their infrastructure to accept the payment method.

Consequently, this lack of upgrades discourages more customers from possessing cryptocurrencies, thus stalling its more widespread adoption. Additionally, other users may choose to hold onto their coins rather than spend them in the hopes that their market value may go up at any time.

Robinhood planning to launch the beta version of the…