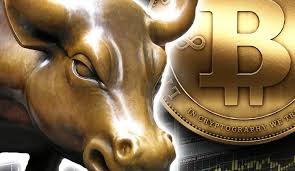 Halving is the hot news for every cryptocurrency as it results in reducing mining reward which boosts the coin price very high.

This time not only Bitcoin but also Ethereum and Litecoin mining rewards will be going to halve which is really very hot news for the whole market.

From starting of 2018 whole market suffered from the long bear condition in which November was the worst month when Bitcoin price was fallen down from $6000 to $3200  but from Dec 2018 green candles in market wake up again.

2019 is started with green candles in the market with many big news like Ethereum fork which is postponed and Bakkt which is also postponed due to USA govt shutdown. But Litecoin and Bitcoin halving still in the news.

Now Bitcoin third halving coming in May 2020 which is just 16 months away creating a bullish moment again.
This time again Bitcoin miners reward will reduce to half from 12.5 BTC to 6.25 BTC.

Check coindesk report on Bitcoin price history
Experts expecting again 50-60 times gain at the price of Bitcoin on the third halving of Bitcoin in 2020.
What do you think about it, please comment below!
Bitcoinik Suggested Trading Platforms :
Binance – For Altcoins Trading ( Create New Account )
Bitmex – For Marginal Trading ( Create New Account )
Follow us on Twitter
BitcoinBitcoin newsblockchain
Share FacebookTwitterGoogle+ReddItWhatsAppPinterestEmail

These Catalyst That Can Blast Ethereum’s Price : Lark Davis

DeFi Is A Replacement For Traditional Finance : Balancer

People Bank of China wants more talents in its…