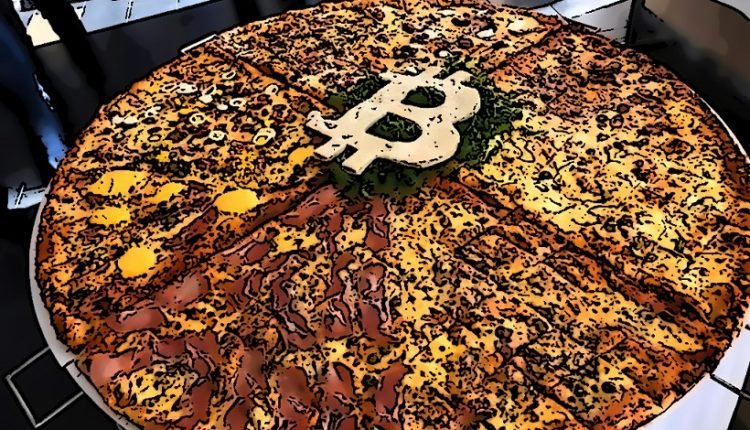 Laszlo Hanyecz, famously known as “Bitcoin Pizza Guy” has bought two Pizzas from 10,000 Bitcoin (BTC). Hanyecz has given its first television interview in 2010.

The Software engineer Hanyecz was an early adopter and investors in Bitcoin (BTC). Like many early adopter he believes that someday Bitcoin will be used as a currency and people buy stuff from Bitcoin- so was that Hanyecz did.

Back in 2010, Hanyecz bought two Papa John’s pizzas from 10,000 BTC. At that time Bitcoin was not worth a cent, so that looks a good deal at that time.

At today’s rate ($8000) these two pizzas cost is $800 million probably the most expensive pizzas ever. In the television interview Hanyecz explains the reasons behind the Bitcoin pizza buying.

It is very easy to make fun of the Bitcoin pizza guy. The Pizza story is the most well known real-world Bitcoin transaction. Hanyecz says that he didn’t regret his decision.

Hanyecz further added in the interview that despite thinking how rich he could be now, he says he is proud of an early adopter and believer of Bitcoin and shows the world why the cryptocurrency invented (to use as a currency).

Buying Stuff from Bitcoin was not so easy in its early days, not because of its low value, because people didn’t understand what Bitcoin is.

3 Can I Buy Pizza From Bitcoin Today

When Bitcoin was at its peak in December 2017 many businessmen and startups start accepting Bitcoin as payments.

From Middle Eastern real estate to KFC there was virtually nothing bitcoin couldn’t buy. As the value of Bitcoin goes down many of the services stop accepting Bitcoin, however its still possible to buy stuff online with Bitcoin.

Check out the list of online store that are accepting Bitcoin.

To a remembrance, the historical day was dubbed as “Bitcoin Pizza Day” by the crypto community.

Bitcoin is enjoying an uptrend and the value of Bitcoin surge more than 110% since April 2019. Many crypto experts believe that this is the starting phase of the next Bitcoin bull run.