NewYork citizens are not allowed to trade NewYorkCoin: Report 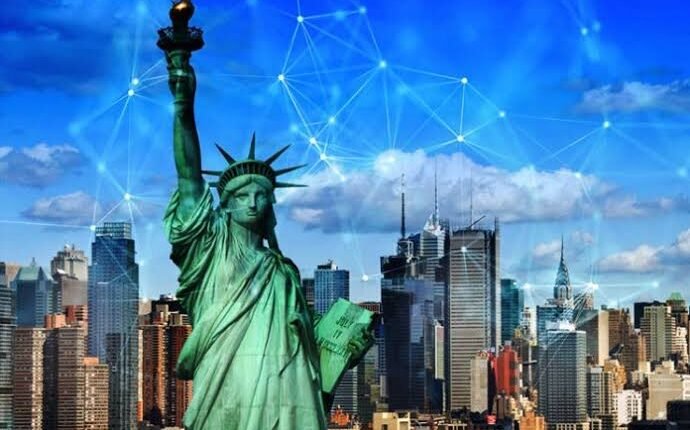 A coin that was designed for New York City is still under huge concerns and stopping people from buying & selling directly.

CityCoins launched NewYorkCoin ( NYC coin) in November 2021. The main purpose to design this coin was to allow the citizens of New York to invest and support the people who are supporting New York. This project was inspired by the statement of New York Mayor Eric Adam, who said that they will make NewYork city a cryptocurrency hub.

Recently Bloomberg covered its report on NYC coin and noted that the coin allows the citizens of New York to invest” in New York by mining and buying tokens, alongside to get advantages of its surge in price.

However, the creation and origin of this coin are fully dedicated to the citizens of New York but it has a very big issue and that is forcing all the crypto exchanges and companies to not allow buy and sell of this coin directly.

Bloomberg noted that any crypto company or exchange, willing to offer the trade service of NYC coin, needed BitLicense. But in this situation, no one exchange is holding this license to offer NYC coin trade, in New York.

Here we should keep in our mind that the NYC coin is still not officially endorsed by the city or Mayor Adams. So here we may not expect that it will get direct government officials support but surely its main initiative will help this coin to get huge support.

In the past Lead community Developer of CityCoins, Patrick Stanley, raised his voice against the requirement of BitLicense to offer NYC coin trading.

“BitLicense functions as an onerous obstacle that limits innovation. The City of New York is reviewing how they could accept and use the funds, but if there’s a lack of imagination, Miami is the model.”

These things are showing that local governments are not fully supporting this coin. If we will see the Miami coin, created by CityCoins fully dedicated to the Miami city and its citizens, then it gets huge Direct support which is available to trade for citizens directly.

Read also: US Virginia will allow Banks to offer custody of digital assets

US Virginia will allow Banks to offer custody of digital assets