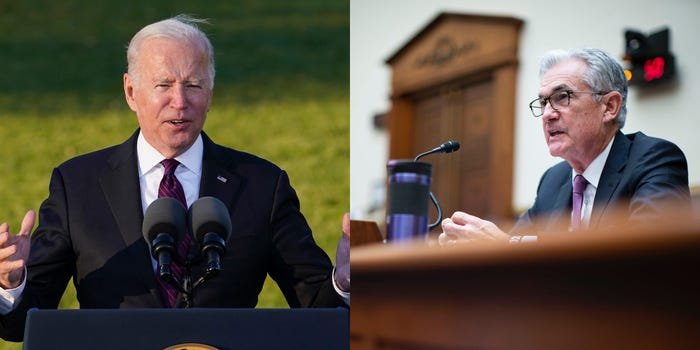 Jerome Powell will lead the Federal Reserve system’s Board of Governors for the next 4 years.

On 22 November, the White House announced that US president Joe Biden chose Jerome Powell as a chair of the Federal Reserve System’s Board of Governors. And as per the decision of the US presidential administration, the working time frame for Powel will be for the next 4 years only, for now.

However, Powell is not allowed to lead the Federal Reserve this year. He will join his official position after February 2022. Because the current position’s role term will end at the end of the February of next year.

This decision of the US administration is a part of the impact working strategy of Powell against the pandemic situation to give 5.6 million jobs and only 4.6% unemployment rate.

Besides the role of Powell, the US administration chooses Lael Brainard as the vice president of the agency. Brainard is working currently as a board member in the Federal Reserve.

US president stated on this announced:

“I’m confident that Chair Powell and Dr. Brainard’s focus on keeping inflation low, prices stable, and delivering full employment will make our economy stronger than ever before…..Together, they also share my deep belief that urgent action is needed to address the economic risks posed by climate change, and stay ahead of emerging risks in our financial system.”

Reports confirmed that seven members will sit as the board members for the next 14 year terms and all these will be appointed by the US president.

Powell will serve his role at the current existing position to attend the confirmation hearing on the Senate Banking Committee.

The White House said that the US president is aimed at “improving the diversity in the Board’s composition”. For this, they will pick another nominee against the vacant seats.

One Republic will accept crypto