What are Governance Tokens? The Complete Guide 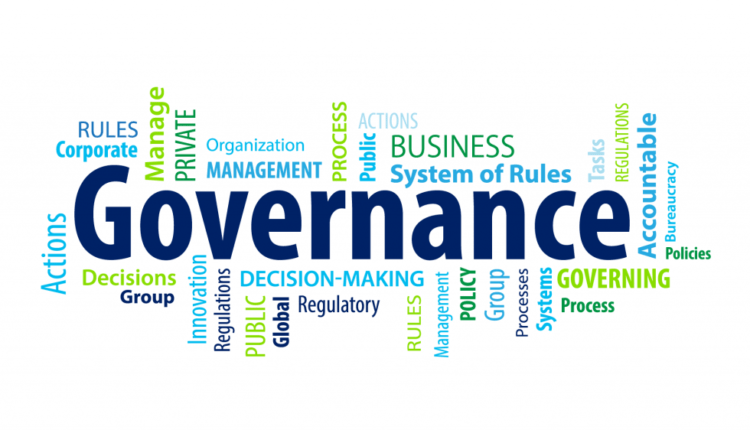 Among the biggest hits in the Ethereum ecosystem, this year was the Governance Tokens, which offer holders the ability to control the course of the decentralized finance (DeFi) projects.

This reality indicates that in the crypto economy, these governance tokens are becoming increasingly popular. They give the users a direct stake in the management of the Defi platforms. However, it remains real that many people still do not understand these tokens and what actually they do.

Thus to highlight these Governance tokens, we will look into this detailed review describing its overall details.

What is Blockchain Governance?

Many organizations and governing bodies are centralized in nature, so they are typically governed by a leadership team. However, Blockchain is a decentralized network with plenty of moving components and functions.

This is an ever-evolving framework that should always continue to evolve and adapt to the user’s need to have more user advantage and user power. The process of how blockchain can respond to evolving times and requirements and remain relevant is therefore called blockchain governance.

Who is Responsible for Blockchain Governance?

1) Core developers- The key technology underpinning the blockchain is managed by them. They can add or delete code to change the central code.

2) Node operators- Since they have a complete copy of the blockchain ledger and run it on their machines, they can determine whether or not to enforce the function on their nodes. Developers of code are dependent on node operators to agree on their features offered.

3) Token Holders-These is the blockchain token users and individuals. They have varying degrees of voting rights on what role to enforce, set rates, etc, depending on the different blockchains. The bulk of the largest token holder group is usually made up of investors.

4) Blockchain Team: It may be a corporation or a non-profit agency that takes on different positions. The primary task is to direct the growth of the fund and project. They often represent the larger investor and supporter groups to negotiate with code developers and node operators, and also take on a marketing role.

This refers to a mechanism in which, in reaction to coin voting, protocol updates happen automatically. In these schemes, token holders, directly with the intrinsic token of the network, vote on steps. The votes are determined by the protocol directly and subsequent results occur autonomously. This association between coin voting and changes in the code is commonly referred to as ‘tightly coupled.’

On the other hand, off-chain governance refers to a mechanism in which network owners informally negotiate among themselves to determine how network updates are managed. Most networks use off-chain systems today. This is the latest entry in the blockchain governance systems, explicitly designed for blockchain, compared to other off-chain approaches. Being much more democratic in nature, the On-Chain system of governance offers some interesting, thrilling, yet polarising concepts in the game.

What is Avalanche Blockchain? Everything about AVAX…

What are Governance tokens?

Governance tokens give holders the power to influence decisions on the core protocol, the roadmap for the product or feature, recruitment and staff, and changes to the governance criteria. All software requires frameworks in order to be modified or patched. Unexpected vulnerabilities could be identified. In addition, bad token design or unusual events can be found by the group to have left obsolete, non-functional, or even illegal elements of the codebase.

The largest governance token per market cap is currently COMP, the governance token of the money market protocol Compound. The token offers the opportunity for its group of holders to vote on key improvements to Compound. For voting, COMP may also be assigned to others.

With nearly $ 700 million worth of assets locked in its protocol right now, COMP liquidity mining, which enables Compound users to gain COMP proportional to their actions, has helped propel Compound to be the largest DeFi dApp in general.

SNX is Synthetix ‘s native asset, a decentralized platform for issuing synthetic Ethereum-based assets that can track real-world assets such as currencies, commodities, and more. The Synthetix team announced a move to decentralized governance in December 2019, whereby a few major Synthetix stakeholders would initially manage the treasury of the project ahead of SNX token holders who would ultimately take over the treasury and protocol.

MKR, such as the inclusion of new collateral forms, is used to vote on major improvements to the Creator protocol.

LEND is Aave’s collateral and governance token, a growing decentralized Ethereum borrowing and lending protocol. In what it offers to DeFi users, Aave is similar to Compound, but Aave includes specific characteristics such as flash loans and credit delegation, i.e. the right to let others borrow against the collateral.

LEND confers voting rights when staked and also earns the fees created by the Aave protocol from their holders.

KNC is the Kyber Network’s native token, an on-chain liquidity aggregator protocol that allows users to make decentralized transactions. The Kyber team released the Katalyst update and KyberDAO allowing users to participate in KNC in order to receive incentives for voting fees and to control the Kyber Network. Notably, Kyber is among the most popular decentralized exchanges for Ethereum.

It is clearly evident that there is also no best way for any unique blockchain to be handled. Different use cases require different procedures for governing. Trial-and-error is our best bet to inch closer to the ideal way to control the blockchain.

A hybrid governance scheme of Off-Chain and On-Chain is more likely to prevail, as it seems at the moment, but nothing can be certain. No matter what approaches developers want to use, one thing will always remain true: every company in the blockchain world will choose those that better serve their needs.

Avoid These Mistakes While Doing a Transaction

Independent Reserve and DBS got crypto license from…