What is Ripple (XRP)? 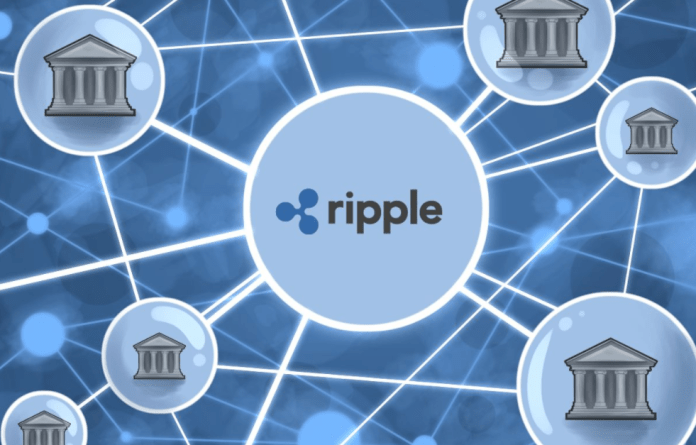 Currently, Ripple stands on the fourth position with a market capitalization of $7,864,296,822. Ripple is a cryptocurrency similar to others, but the manner in which it is found and its operation is different from its competitors. It is the reason why many investors think of investing in Ripple.

So, if you are an investor planning to do the same, then do proper research before you take a big step. This article will provide all the necessary information that you should consider while investing in Ripple.

Ripple is a digital payment processing system and a cryptocurrency, which is also known as XRP. Ripple is similar to Bitcoin, but the two differ in their Blockchain systems. The cryptocurrency, Ripple is owned by a single company called “Ripple Labs”.  The owner of Ripple, which is Ripple Labs holds the maximum amount of XRP tokens.

Unlike Bitcoin and Ethereum, XRP tokens are pre-mined, where all the coins that will ever exist are already created. Ripple has created 100 billion XRP tokens and 60% of these tokens are owned by Ripple Labs itself. According to the sources, Ripple Labs has put 55 billion of its XRP in a cryptographically-secured escrow account and can release nearly 1 billion per month. Selling such a huge amount may affect the company drastically, so XRP has no plans of doing it any time in the near future.

While Bitcoin and other cryptocurrencies, aim to separate financial transactions from the commercial organizations of traditional currencies, Ripple aims to connect banks, payment providers and digital asset exchanges, to enable faster and cost-efficient global payments.

Ripple is also planning to build a payment and exchange network RippleNet on top of XRP Ledger, which is a distributed ledger database. RippleNet provides a 3-product suite that acts as a payment solution system for banks and financial institutions. The three major products of RippleNet includes xRapid, xCurrent, and xVia.

In 2012, Ripple deployed the Ripple Consensus Ledger (RCL) along with its native cryptocurrency XRP. The RCL was later renamed as XRP Ledger (XRPL). The XRPL is a distributed economic system that stores all the accounting information of network participants and offers cryptocurrency exchange services across multiple currency pairs.

XRPL uses a consensus mechanism to enable real-time transactions that are secured and verified by the network participants. XRPL uses its own customized consensus algorithm called the Ripple Protocol Consensus Algorithm (RPCA). A network of independent validating nodes manages the XRPL by comparing their transaction records.

Ripple allows anyone to choose the nodes to set up and run a Ripple validator node. Ripple offers its clients with a list of identified, trusted participants that help the clients validate their own transactions. This list is called the Unique Node List (UNL). The UNL nodes exchange transaction data between each other until the consensus is achieved.

After a brief overview of what is ripple, let us understand the history of Ripple.

In 2004, Ryan Fugger idealized the concept of Ripple. Later, in 2005 he launched RipplePay.com as a precursor to blockchain currencies. RipplePay.com was helpful in securing online payment options for communities, but it did not gain much popularity. Then, Ryan Fugger handed over the project to Jared McCaleb and Chris Larsen, where the duo replaced RipplePay with a system of community consensus verified transactions.

The Ripple transaction protocol came into existence in 2012 to facilitate quick, direct money transfers between two parties in fiat currencies. This protocol also offers the creation of the token, XRP. By the year 2014, various banks and payment processors began to utilize Ripple in a testing capacity. Ripple has added many institutions since then, reaching nearly 100 clients in 2017.

Ripple Labs is a private company, which raised funds through institutional investors and venture capital. The revenue model of Ripple Labs is based on professional services and creating integrations to the RippleNet for financial institutions.

How Does Ripple Work?

Ripple works similarly to the Hawala process in India. Hawala system was started in ancient South-East Asia and is still in use. People who stay in other countries and wish to send money to their loved ones use the Hawala system.

In this system, there are four members involved like the sender, recipient, Hawaladar A & Hawaladar B. Below are the steps involved in the working of the Hawala system:

Step 1: Sender gives cash to Hawaladar A, then the Hawaladar A gives a code to the sender.

Step 2: Hawaladar A informs Hawaladar B about the amount of cash given.

Step 3: Sender gives the code to the recipient as well indicating the cash amount.

Ripple also works in the same way, except that the Hawala dealers are replaced with Ripple gateways. The gateways like validators/servers are financial institutions like Bitstamp and TheRockTrading. The Ripple network is huge, so everyone in Ripple will not know each other and cannot trust each other.

To ensure trust, Ripple uses a chain of trust to interconnect with the Ripple gateways. The chain of trust links the two gateways to build trust between each other. The Ripple gateways transfer payment IOU information using https: protocol. The banks use this protocol to establish secure online credit card payments. Each Ripple transaction requires a transaction fee of 0.00001 XRP and can increase when the load is higher than usual. The Ripple transactions require only 3 to 4 seconds to complete.

How to trade Ripple?

Ripple wallets are similar to Bitcoin wallets. The minimum deposit into the Ripple wallets is 20 XRP. There are hardware and software wallets to store your XRP. It is always better to store XRP in hardware wallets because they are more secure as they store the contents offline.

Contracts For Difference (CFD) trading enables you to open leveraged trading positions on ripple and other cryptocurrencies. With CFD trading the trader can speculate depending on the asset’s price movements without the need to own the asset. With CFD trading, you can react more quickly in case of sudden price changes.

The traders can trade Ripple anytime as it does not depend on any market that is open. If you opt for leveraged trading, then you will be more exposed to changes in the price movements. So make sure to keep stop losses in place to be safe from sudden price reversals.

RippleNet is a network of banks and money service businesses that utilize solutions developed by Ripple to offer a frictionless experience to its customers for sending money globally.

xCurrent, xRapid, and xVia are the three products of RippleNet. Let’s understand in detail about these products:

xCurrent: xCurrent is a software solution designed for instant settlement and cross-border payment tracking between RippleNet members. Banks use RippleNet to enable real-time messaging between banks to ensure that the payment details are confirmed before the transaction is initiated and to verify if the transaction is settled successfully.

xCurrent is built around the Interledger Protocol (ILP) for connecting different ledgers or payment networks to satisfy all the risk, privacy, and compliance requirements of each bank. There are four basic components of xCurrent which include:

Validator: A validator helps to evaluate the success and failure of the financial transactions. It also helps to coordinate with the funds moving across the Interledger.

ILP: The ILP is incorporated into existing banking ledgers. So, the ILP ledger works as a sub-ledger to track credits, debits, and liquidity across transacting parties.

FX Ticker: The FX ticker defines exchange rates between transacting parties. It also keeps a track of the current state of each configured ILP ledger.

Let’s consider a scenario where Bob from Australia sends $100 to Amar in India. How does this transaction take place?

Bob transfers $100 through FIN, which is a Financial Institution. In order to accomplish the transaction, FIN uses the xRapid solution and creates a connection with asset exchanges in both countries. Hence, the company converts $100 to XRP for the final payment and in a matter of seconds, XRP is converted into INR, where Amar can withdraw the money from the asset exchange available in India.

xVia: xVia is a payment interface that allows banks and other financial service providers to interact with each other within a single framework. xVia does not rely on multiple payment network integrations. Banks can create payments through other banking partners that are connected to RippleNet. It also allows users to track payments and generate invoices or other information to their transactions.

Ripple Vs Other Cryptocurrencies

Although there are a huge number of cryptocurrencies in the market today, XRP is still unique. Want to know how? Here are the criteria:

Ripple released 100 billion XRP and it is the maximum number of tokens that will ever exist. On the other hand, Ether has no limit to the number of tokens it can release. Also, Bitcoin which has to be mined and will also reach a maximum amount of coins.

Bitcoins offer rewards to its miners to incentivize the continuation of the network. While the XRP is also released and Ripple chooses to continue the network. We know the maximum number of XRP that will ever exist.

All the cryptocurrencies are known for their decentralized network, where they are not owned by any authority or any person. Bitcoin relies on the global miners to function, grow, and develop, this means that no single person has full control over the currency.

On the other hand, Ripple owns 61 billion of 100 billion XRP that exist, So, the remaining currency is freely traded into the open market. Hence, Ripple holds nearly 50 billion XRP in an escrow account. Various cryptocurrencies separate themselves from financial institutions and authorities, while Ripple actively welcomes them all. Ripple is a currency owned by a company with centralized control which is more regulated, offers good security, and has good potential longevity.

All cryptocurrency payment processing is a fast process. But when it comes to XRP it hardly needs 4 seconds to process a transaction. Meanwhile, for Bitcoin, the transaction depends on the congestion of the network which ranges from 10 minutes to 16 hours in extreme cases.

Bitcoin created a peer-to-peer payment system to eliminate the use of banks and government control. But Ripple was built to act as a bridge currency for financial institutions to foster simple, fast, cross-border payments, without the need for multiple middlemen, or the huge transaction fees.

To all the investors who are planning to invest in Ripple or any other cryptocurrency, should make a decision at their own risk. Below are a few pros and cons of Ripple:

As we have reached the end of the article, you must have understood that the main aim of Ripple is to solve the problems related to cross-border payment transfers. You should now be understood about how Ripple works, how to trade ripple, its application, and how Ripple is different from other cryptocurrencies. Also, the biggest issue of Ripple as of now is decentralization. But, RippleLabs is working on this issue to decentralize Ripple.

Expedia To Partner With Travala.com To Provide Crypto Bookings

More Than 11000 Bitcoins Moved to the Cold Storage…