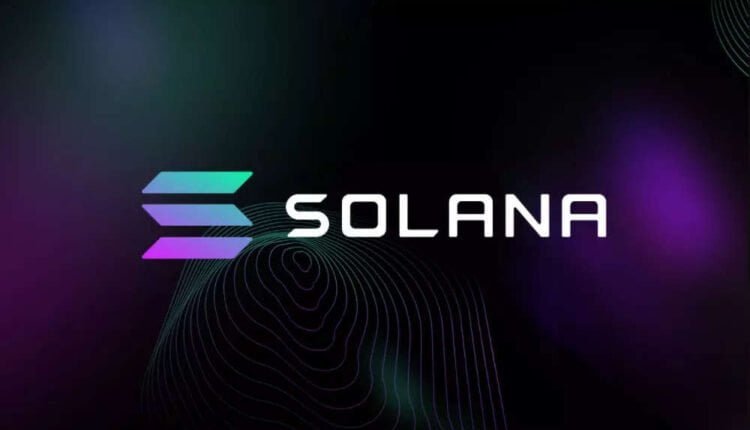 Solana is a web-scale blockchain that enables decentralized apps and quick, safe, and scalable markets. The system now supports 50,000 TPS (Transactions per second) and 400ms Block Times. The Solanafinalized’s main objective is to show a potential collection of software algorithms useful for blockchain development.

As a result, transaction throughput would grow proportionally with network capacity. Also, meeting all of the blockchain’s properties like scalability, security, and decentralization. Furthermore, on a standard gigabit network, the system can sustain a maximum of 710,000 TPS and 28.4 million TPS on a 40-gigabit network.

Prices for SOL — the cryptocurrency that helps power the smart contract compatible Ethereum rival Solana — skyrocketed from approximately $30 at the start of August 2021 to around $75 three weeks later, capturing the attention of the mainstream media.

SOL was boosted by the debut of a primate-themed NFT collection project, one of the summer’s greatest crypto trends. The Degenerate Ape Academy NFTs, in particular, is the first large NFT project to be launched on the Solana blockchain. But what is Solana, exactly?

Solana, like Ethereum, is both a cryptocurrency and a versatile platform for operating crypto applications, like Degenerate Apes and the Serum decentralized exchange (or DEX). Its main novelty is speed, which is achieved through new technology and a consensus process known as proof of history. Solana can execute about 50,000 transactions per second, while Ethereum can only handle 15 or fewer (the ETH2 upgrade, which is currently underway, is designed to make Ethereum much faster than now).

Because Solana is so quick, traffic and costs are kept to a minimum. High speeds and cheap costs, according to the developers, would eventually allow Solana to expand to compete with centralized payment processors like Visa.SOL is Solana’s native cryptocurrency. It’s utilized for staking and paying transaction fees. SOL may be purchased and sold on exchanges like Coinbase.

Anatoly Yakovenko established the Solana (SOL) platform in 2017. Before starting Solana, Yakovenko worked at Qualcomm. After working as a software engineer at Dropbox, he has a wide spectrum of knowledge with compression techniques. They developed a novel method for dealing with conventional throughput difficulties in the Bitcoin and Ethereum blockchains with the help of Eric Williams and Solana’s CTO, Greg Fitzgerald.

They intended to develop a trustless, distributed protocol with increased scalability. The team now has experience from leading companies worldwide, including Apple, Qualcomm, Intel, Google, Microsoft, Twitter, Dropbox, and others. Many investors, including Multicoin Capital, Foundation Capital, SLOW Capital, CMCC Global, Abstract Ventures, and others, have noticed Solana’s effect.

The network, which has 200 physically separate nodes and can sustain a throughput of more than 50,000 TPS when using GPUs, is one of the most performant permissionless blockchains in the world. The ability to agree on time is one of the most difficult aspects of distributed systems.

Unlike Bitcoin, which utilizes the PoW algorithm as the system’s decentralized clock, SOL blockchain employs the Proof of History approach. You may use Proof of History to produce historical records that verify an event occurred at a certain point in time. The method is a Verifiable Delay Function with a high frequency. The evaluation of this function necessitates a specified number of consecutive steps.

Each assessed transaction or event will be assigned a unique hash and a count that can be confirmed publicly and effectively. The count serves as a cryptographic time-stamp, allowing us to determine when each transaction or event occurred. Every node also has a cryptographic clock that maintains track of the network’s time and event sequencing. Within the Solana network, this provides for increased throughput and efficiency.

What is proof of history?

As you may be aware, Bitcoin employs a consensus process known as proof of work, in which miners validate transactions and generate new BTC. Many newer cryptocurrencies, such as Cardano, use a consensus method known as proof of stake. Network participants can “stake” their finalized exchange for the opportunity to validate transactions and earn freshly minted crypto and fees.

In any instance, all of the computers in the network must agree on certain facts, such as when a transaction occurred. Solana employs a mix of stake proof and a novel technique known as “proof of history.” Proof of history is a method of keeping time amongst computers on a decentralized network without requiring all computers to interact and agree on it. The following is how it works:

What is a Solana (SOL) Cluster?

Solana software relies heavily on the Solana Cluster. A cluster is a group of computers that collaborate. From the outside, they appear to be a single system. Each SOL cluster consists of separately owned computers that collaborate regularly (can also work against each other). The computers assist in the verification of untrusted, user-submitted program output. We may also utilize the cluster whenever a user wants to keep an immutable record of events or their programmatic interpretation.

Some applications of the technology include tracking, which computers contributed to the cluster’s continued operation. Another option is to keep track of real-world assets. One advantage is that as long as someone has a copy of the ledger, the output of its programs may be replicated at any time and is independent of the entity that issued it.

How does staking work with Solana?

Validators are the machines that keep the network safe. Participants put their own SOL on the line to become validators in return for the opportunity to earn fresh SOL and a share of the costs. (Becoming a validator also necessitates a considerable amount of technical knowledge.)

SOL also functions as a “governance token,” allowing holders to vote on future upgrades and governance ideas proposed by the Solana community.

Solana introduces a total of eight advancements to its system that are unique to it. The advances focus upon how data is transmitted through a network to make Solana as quick as data transmission.

Solana’s PoH consensus method contributes to the network’s increased efficiency and throughput rate. As a result, having historical recordings of events or transactions makes it easier for the system to track transactions and maintain track of the events’ sequence.

Solana’s version of the PBFT system is TowerBFT. To achieve blockchain consensus without suffering enormous message overhead and transaction delay, the consensus algorithm employs PoH as its cryptographic clock. Validators vote on which version of the ledger is accurate before the state of the ledger is finalized. Then their vote is suppressed. It indicates they won’t cast a new vote on a future blockchain version if the prior votes aren’t recorded.

By splitting data into smaller packets, Solana makes it easier to send data to each blockchain node. This enables Solana to handle bandwidth concerns and expand its capacity to settle transactions more quickly.

By simplifying the block confirmation procedure, Solana can achieve a network throughput of 50,000 transactions per second. Even before the next set of blocks for confirmation are finished, Gulf Stream speeds up the transaction capturing and forwarding process.

Thousands of smart contracts execute in parallel to give Solana a faster runtime. Concurrent transactions on the blockchain are possible if they are in the same state.

A collection of blocks containing transaction data is rapidly verified and copied across all network nodes. Solana does this by allocating a stream of input data to several pieces of hardware, each of which is in charge of one of them.

Solana provides scalability without the danger of sharding by arranging a database that receives and publishes transaction input simultaneously. Cloudbreak creates a data structure in which transactions are handled in software that uses all indexing hardware.

Solana’s network enables each node to duplicate data from the blockchain based on the space available on their hardware. Archivers obtain their data from validators, which is then made available to the rest of the network.

In the Solana ecosystem, the SOL token is the native money. As a result, the token may be passed between nodes in the Solana cluster in exchange for on-chain program execution or output validation. SOL can also be used to make micropayments known as imports. SOL has a current circulating supply of 26 million units. The highest amount of SOL available is 489 million. Further use cases for SOL exist, and you may stake the token to receive additional benefits. Staking is a good option for users to make money if all they want to do is keep their tokens. Staking is a basic procedure that goes like this:

How Does Solana Work?

Source: Flow of transactions over the network

Who are some of Solana’s partners?

Solana (SOL) has several cryptocurrency partners, many of which are among the industry’s most delicate and brightest. Among these companies are project Serum, FTX, Terra, Akash, Chainlink, civic, defuse, Formatic, Stardust, Kin, Tempest, and others.

Serum: Solana’s Partner, which increased by 1500%.

The serum has been in the headlines lately, with a 1500 percent increase since its IEO. Serum selected Solana as its platform because it combines the best of both centralized and decentralized worlds.

It enables censorship-resistant, noncustodial, low-cost, and highly liquid exchanges. Only Solana allows Serum to run on an on-chain central limit order book that refreshes every 400 milliseconds, making this possible. Finalized enables Serum to achieve one of the industry’s lowest latency and gas prices, making it innovative.

Solana addresses many of the difficulties that previous blockchain technologies have had. Solana has a novel transaction verification structure as well as a more efficient consensus mechanism. It will undoubtedly be a formidable rival to Bitcoin and Ethereum. Solana exemplifies the crypto industry’s rapid evolution in just ten years. As it develops, the platform will undoubtedly be something to keep an eye on!