3rd Bitcoin Halving Is Just 99 Days Away, The Bull Began His Run? 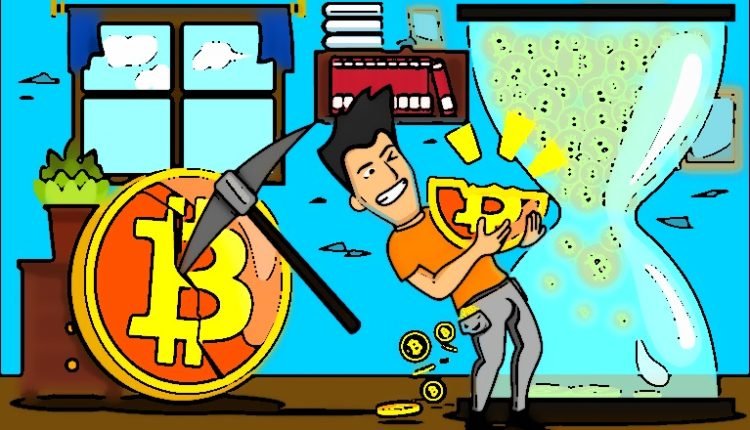 The most awaited biggest event of bitcoin Halving is coming in the next 3 months (expected at the beginning of May 2020).

The halving of bitcoin is a very important economical event because it reduced the inflation rate of bitcoin to half of its previous value that definitely results in the increment of the demand for bitcoin.

The Halving of the bitcoin occurred after every 210,000 blocks (4 years) in which block reward of the miners get reduced to the half of its previous value and it results into following effect on the economy of the bitcoin:

Basically, At halving the cost of mining got double at the same computation power of bitcoin network due to mining block reward halves to its previous value, and mining cost increment means the network is more secure than before that fundamentally makes bitcoin more valuable.
Secondly, the inflation rate of bitcoin get reduced means less number of new bitcoins will be generated with the time that directly reduced the selling pressure also.
Conclusion- after halving, the demand for bitcoin gets increased and selling pressure on the bitcoin market gets reduced, now you know what it means THE BULL BEGAN HIS RUN

Also, after halving the miners need to upgrade their mining hardware to the latest tech in order to stay in business as the old devices will no longer profitable due to decrement in the reward after halving.

The important point to note that bitcoin halving is a long term effect that usually takes 6 months to 1 year. So don’t be surprised if you will not see much increment in the bitcoin price for a year after halving due to some manipulation or other factors but after a year there will be massive gain in price will be seen in the bitcoin price due to the effect of halving that turns bitcoin price in a parabolic move. It can be seen in the historical chart of bitcoin as well when the previous two halvings occur as shown in the following chart:

And the next following chart shows the effect of bitcoin halving on the price of bitcoin through the full cycle of Bull-Bear-Accumulation-Expansion-Reaccumulation.

Now you are the one who actually understands the effect of bitcoin halving on the economics of bitcoin. Please avoid the fud and scam calls of stupid people.

The next bull market of bitcoin can start anytime soon, so keep stacking bitcoins as much as you can and be strong.
Buy bitcoin or earn bitcoin,
store them safely where only you hold the private keys,
stay hodl them and be richer,
enjoy your life by spending time with your family.

Bitcoin has no targets like $50k, $100k, $500k, all those people calling any targets for bitcoin are just gambling or rhyming so don’t be fooled by them and invest your time to understand bitcoin fundamentals.

Bitcoin is designed to be valuable with time and it will always be more valuable in the future as of today, forever. This is the way.

XRP’s surge – Is it finally time for a new upwards trend?

Microstrategy will trade with its Bitcoin holding against its loss

Jim Cramer claims Cryptocurrencies are pumping because of high manipulation