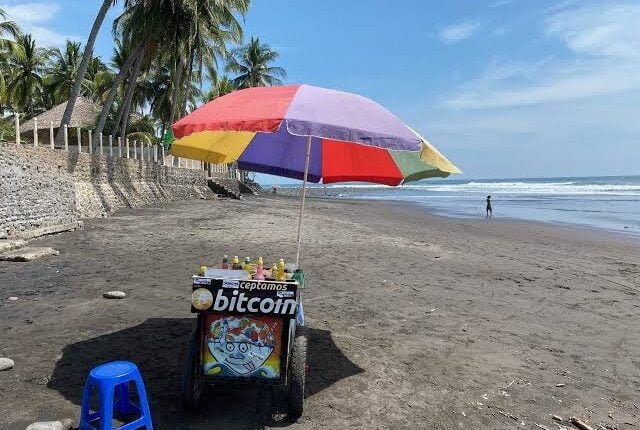 President Nayeb Bukele said in a statement last week that some of the funds will be used to renovate the 15,000 square meters of El Zonte, which is also known as Bitcoin Beach because of the widespread use of cryptocurrency in that area.

The current planned development includes a beach club, shopping center, parking, as well as a treatment plant. Another part of the investment went to the Surf City project in nearby La Libertad.

Bitcoin beach was founded three years ago, which secured anonymous funding in digital currency in the area. Ever since then, businessmen and tourists in the region increasingly started to use bitcoin to make transactions, even more as of now the workers in the town receive their salaries in digital currency.

The Bitcoin Beach’s success quickly gained attention and thus sparked a national conversation about cryptocurrencies. This further prompted Bukele to introduce legislations legalizing Bitcoin in El Salvador, which was soon passed after its announcement.

Bitcoin was introduced as a legal tender in El Salvador on the 7th of September 2021, thus making the country the first in the world to pass such a rule. Although after a series of warnings from various major international institutions, Bukele has repeatedly doubled down and continued adding more bitcoin in country’ Treasury funds as the price of bitcoin has fallen over the past year.

Even with all their claims and developments, not everyone is happy with these changes in the policies. When the plans were first announced in June of last year, fewer than 20% of Salvadorans were in favor, as per a survey that was conducted at the time. While many felt that the technology would be difficult to understand well, others believed that it would further enable government corruption.

The business community also lost enthusiasm. As Businesses throughout El Salvador have been slow to adopt the use of Bitcoin. According to a survey which was conducted earlier this year, only 14% of respondents have transacted in Bitcoin since its introduction as legal tender back in September 2021.

Top 3 applications of blockchain technology in 2022