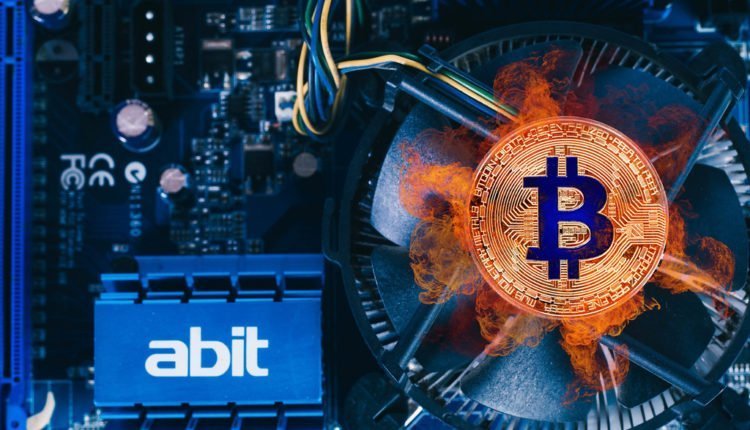 What actually is quantum computing?

Quantum computing is the use of quantum-mechanical phenomena such as superposition and entanglement to perform computation.

Quantum computing is a recently introduced strategy that processes data and figures out a solution for difficulties. This makes it different from classical computing which is often used.

As the previous system won’t give many results. It was a need of time to promote a new up-gradation. A quantum computing system has all those abilities which the previous weren’t.

While analyzing, blockchains cryptographic functions seems to be well secured. If tried to break, it would need a huge computing resource and that would make it impossible if we deal with a classical computer. Quantum computer has a huge potential within, which can break all such cryptographic shield in a course of time.

The main motive behind it was to boost its limits, construct for limitless progress than the traditional one. And all this made it feasible by leveraging quantum mechanics. Leveraging is a term, used in physics that describes the behaviors and laws on a subatomic scale.

As quantum phenomena are operated by different laws, it seems quite difficult to grasp. Well stated by Nobel Laureate Richard Feynman  “If you think you understand quantum mechanics, then you don’t.”

Subatomic particles can occur in multiple places at once, called superposition, move forward or backward in time, and even teleport through so calls entanglements. Sci-fi characteristics are being benefited for Quantum computers.

Transistors of the classical computer were designed in such a manner that they would operate with bits, encode zero or one, quantum computers referred to as quantum bits or qubits. Zero and one were encoded into two different states as well as to influence their”superposition” and “entanglement “. Qubits made it possible to calculate the enormous number and that too simultaneously

A leadership of quantum computing is being held by United States tech giants IBM and Google. Next to this quantum computing is directed by Microsoft and Intel. Amazon is also willing to be a part of this. Behemoth of e-commerce has declared that Google has greatly achieved quantum supremacy, a milestone in quantum computing. And that will help you to solve problems that typical computers can’t.

Whether Quantum Computing a threat to Blockchain?

Shortly it suggests yes, but still nuances to understand.

Let’s clear that quantum computing won’t cause any threat to blockchains. Quantum computers are built in such a way that they won’t break blockchains and their underlying cryptography. Here we have large ones on the horizon, the possibility to cause a threat. Need to be aware of.

What threat is caused to crypto algorithms as well as to blockchains by quantum computing?

Influential quantum computers may become a threat to blockchains that depends on ECDSA, which includes Bitcoin and Ethereum. ECDSA has got a golden stand in developing solutions under public solutions.

Most blockchains got the sign in for transactions through cryptographic. This a chance to create a random 256-bit private key and deriving public keys that would be handed to any third party. It is rare to get such a private key and would help to generate a public key. The algorithm of quantum computing is employing to unravel that mathematically expressed as a connection made between a public key and private key. That reveals and compromise the private key.

The first practical use of BTC was illustrated using the case of blockchain. This was mostly accepted as cryptocurrency. Bitcoin meanwhile asked for investors that would earn the first competitor amongst the digital currencies to get safeguarded by any potential threats.

The time when bitcoin reached its highest peak, in 2017. Bitcoin threat was researched by Divesh Aggarwal of the National University of Singapore including his colleagues. After research, they concluded it for the first time about the danger that is imminent

The statement that is narrated by author “The elliptic curve signature scheme used by Bitcoin is much more at risk and could be completely broken by a quantum computer as early as 2027,”

Pointing away towards conclusions that quantum technologies are getting expanded at a faster rate, as compared to the late crisis. Google secured “quantum supremacy”. After securing Google suggested that a computer now can crack mathematics tasks that were difficult to crack before

Blockchains or quantum threats, which is more advanced

We have listed two main approaches to biopotential quantum threats. And they are

A project that has undertaken the second approach for upliftment. Quantum Resistant Ledger holds is nominated as the best example, which is governed by the Swiss-based nonprofit QRL foundation. From zero QRL has developed a blockchain protocol. QRL does not allow any threat to enter from quantum computers.

June, the QRL blockchain, who has proof-of-work mainnet were overseen live last year. And this is the first industrial implementation of the extended Merkle Signature Scheme that is XMSS. ECDSA exists for good reasons but the hash-based signature scheme does not. XMSS stood first to propose this. As characterized by the Internet Engineering Task Force that the QRL is being used as an XMSS, last year.

Recently the NIST that is the National Institute of Standards and Technology the U.S has formulated authorization of XMSS, the hash-based signature scheme used in QRL.

Unlike common cryptographic algorithms, similar to ECDSA, algorithms such as XMSS and a hash-based signature scheme called Leighton-Micali (LMS) seem to be advanced enough that show gratitude towards capacity that resists attack towards the quantum computer.

Back in 2015, NSA planned to shift it’s National Security Systems to post-quantum public-key cryptography. US agency, build a relationship with industry leaders for security purposes.

Is it necessary to update the infrastructure of bitcoin?

The old cryptocurrency needs to be updated or shift towards quantum computers which do not have any threat.

Bitcoin uses two security schemes, the hashing function used in the block creation and the ECDSA algorithm used for signatures. The latter is more vulnerable to risks posed by quantum computers, and it might require an additional layer of protection in the future.

Andreas Antonopoulos stated that we should be ready for a major upgrade in Bitcoin when it becomes clear that quantum computers can break the elliptic curve in 2017. Should be upgraded well before the first signs of potential threats are showing up.

Also Read: How to Buy Bitcoin?