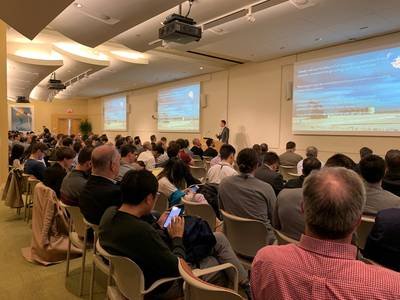 Recently a meeting was held in Texas to discuss types of deals that are possible between Bitcoin miners and oil producers companies to grab more profit through their operations.

Recently a meeting was conducted between the oil producers companies and Bitcoin miners in Texas. In the meeting, around 200 investors were present mainly for their new plans to operate the bitcoin mining operations through a collaborative approach.

Meeting revealed that there are many oil wells companies which are small and can’t install a big level pipeline system in their project and that is why they needed to burn that natural gas on the production site. And that caused huge emission of the fuels.

So a plan suggested by the main leaders of this meet-up to bring a better possibility for each other. Bitcoin miners can solve the limitations and problems of the oil gas companies and can easily use and make efficient their operations.

According to Bitcoin miners, mining operations can generate more revenue than usual typical operations. So in this way, they can together lower the fossil fuel gas in the atmosphere and also can increase the revenue by a big percentage.

Parker Lewis, who was available at the meeting, talked about it to CNBC. And said that they are confident because of this meet-up success

“I just knew Houston would be prime to explode because of the energy connection to mining – if we organized a good meetup.”

Hayden Griffin Haby III, oilman that is also a bitcoin miner, stated that they can understand the return of the Bitcoin mining operations and they want to jump in this business with more expansion

“When I heard that you could make this much money for gas instead of just burning it up into the atmosphere, thanks to the whole ‘bitcoin mining thing,’ I couldn’t look away”

Read also: Zilliqa will Have Its Own NFT Marketplace

Zilliqa will Have Its Own NFT Marketplace

Shark Tank star Kevin O’Leary explains why he is not…