Paraguay’s Lawmaker Will Introduce Bitcoin Regulation Law By Next Week 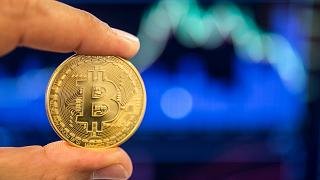 Lawmakers of Paraguay confirmed, they will introduce the Bitcoin & crypto regulation bill by next week. They also emphasized over the point, they are not going to introduce any law to make Bitcoin as legal tender.

On 9 July, Carlitos Rejala announced through twitter that they will present the Bitcoin bill by 14 July and something giant surprise is coming.

In the past two month, Carlitos Rejala got lots of attention because he declared indirectly to pass a bill to make ” bitcoin legal tender by next month”  but further they clarified his comment on ” law to make bitcoin as a legal tender” and he said that people assumed himself that Paraguay’s government is going to declare Bitcoin as a legal tender. In actuality we supported El Salvador through that comment.

“We want the regulators and banks to also participate so that Paraguayans or foreigners can operate with these assets legally, because we know that illegal transactions exist here and in other countries. We want to be a crypto-friendly country.”

According to many experts, the President of Paraguay, Carlitos Rejala, was afraid of their decision. In actuality he tweeted that tweet for his own country but due to many types of criticism & troll for El Salvador’s president made him change decision.

Well here all things are now clear. Since lawmakers  of Paraguay will not declare Bitcoin as a legal tender but still legalisation of Cryptocurrency is also a good approach to support potential of Cryptocurrencies, specially Bitcoin.

While on asking Carlitos Rejala about following the Approach of Nayib Bukele, Carlitos quoted and replied, we are going to bring law for digital assets and it is totally different from El Salvador’s bill, which was for the legalisation of Bitcoin as a legal currency.

Related: $7.7 Million Crypto Seized By Israel In Suspect To Be Controlled By Hamas Terrorist Organization

$7.7 Million Crypto Seized By Israel In Suspect To Be Controlled By Hamas Terrorist Organization

Review of Lithium: An Ecosystem to Drive Innovation in the Early-Stage Web 3.0 Space