Ukraine will give airdrop for all crypto donators, but what? 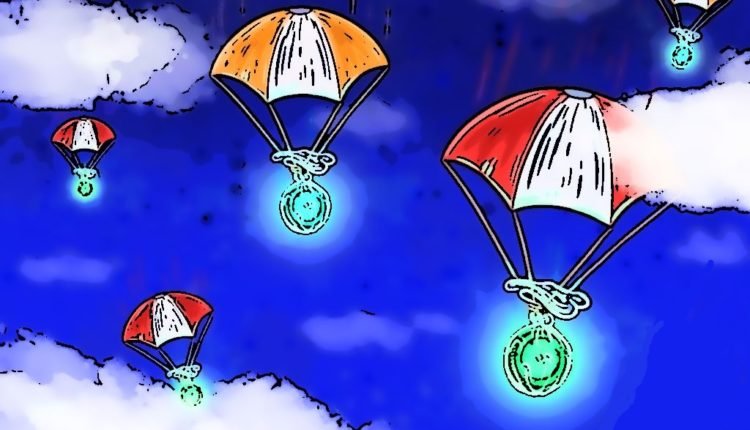 The government of Ukraine officially announced to give airdrop to those people who donated crypto funds to Ukraine.

Today is the 6th day of the Russia vs Ukraine fight. The majority of the countries are in support of Ukraine but support is only financial and armor-based supply instead of soldiers. Even the situation is not good for Ukraine but still, the Ukrainian president is doing their best to fight against Russian invasions. In this critical situation, the crypto industry is also supporting Ukraine through bitcoin, Ethereum, and Polkadot donations.

In short, the Ukraine government will give a reward to all the people who donated Crypto assets to Ukraine in favour of the freedom of the Country against  Russian invasions.

It is 100% confirmed that Ukraine will give rewards to all the people who donated Crypto assets to Ukraine but it is not known at present what will be reward?

Few experts believe that it will be some kind of new token or maybe some NFTs or respect to the people who supported Ukraine in this critical situation.

In crypto history, it will be the second airdrop by any government directly to the people.

Before this, El Salvador president Nayib Bukele announced an airdrop of $30 worth of Bitcoin to all the  national official Bitcoin wallet Chivo users.

At the time of writing this article, Ukraine received around a total of $6.5 Million worth of crypto assets and transferred almost the same amount to the Centralized crypto exchange Kuna.

Binance will again start its crypto services in Malaysia