What Is Hashgraph? How Hashgraph Works? 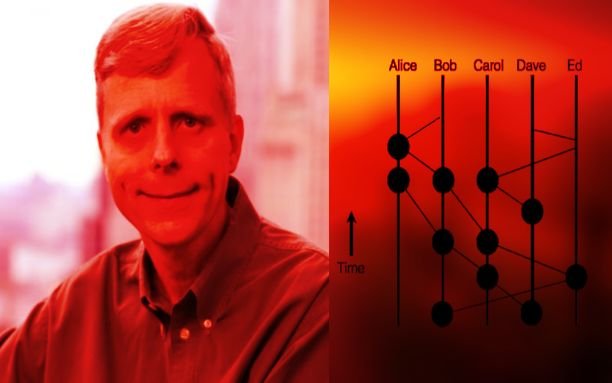 In 2016, a new distributed ledger technology named Hashgraph was introduced by the co-founder and CTO of Swirlds, Leemon Baird.

This technology can secure the network from different types of attacks by using its asynchronous Byzantine Fault Tolerance (aBFT) consensus algorithm.

It is mainly focussed on five fundamentals such as Performance, Security, Governance, Stability, and Regulatory Compliance.

Hashgraph technology found very useful and widely adopted as it has a great scope for scalability. But this technology still in the development phase.

In this article, we will cover the following topics:

Hashgraph made up of two words “hash” and “graph” that shows it is a graphical representation of hashes.

Simply hashgraph is a Directed Acyclic Graph (DAG) that uses the concept of gossip about gossip protocol and virtual voting system.

It is also a distributed ledger technology but does not use the blocks like blockchain in order to stores information or data whereas it used gossip protocol with the timestamp and virtual voting that makes it very fast, secure, stable, and fair.

The technology of hashgraph is still in the early stages of development but it can solve a lot of problems in the future.

The Hashgraph technology solves the Byzantine Generals’ Problem without using any costly consensus like Proof-of-Work(PoW) which is really a big achievement at all.

“What if anyone on Earth, at any moment, could just wave their hand and carve out a world of their own in cyberspace?”

The step by step explanation of the working of hashgraph is shown below:

1. Normally, hashgraph is a directed acyclic graph where events containing transactions are recorded on it with timestamps and verified by a virtual voting system.

2. There are a number of privately running nodes that create the events by sending or broadcasting it to some other node randomly using the concept of the gossip protocol.

3. Every event contains the following information or data:

4. Any node can create an event at any instant of time in order to share the data or information about the history and the current state of the network to other nodes randomly is referred here as gossiping of nodes.

5. There are no confirmations waiting from the other nodes of the network for an event created as required in blockchain, every event created is itself verified its validity by Virtual Voting instantly.

6. Each node that received an event of information is constantly shared this received information as well as the new information it has with other nodes randomly. This also protects the network from different types of malicious attacks.

Now let’s discuss the two main concepts that Hahsgraph consensus algorithm used which are shown below:

Hashgraph technology used the Gossip protocol in order to spread information on the network or for the communication of nodes in the network.

The events containing data spread on the network by nodes at the exponential rate on the network between the nodes by which almost all nodes get the latest state of the network at every instant as this process is very fast.

The Hashgraph consensus algorithm used the Virtual Voting technique in order to reach a consensus on the order of transactions.

As we know that hashgraph is made up of events that contained data and shared on the network between nodes. So these events are mainly divided into Rounds.

Each Round contains witnesses that are nothing but just a first event in a round for a given node. A node may have no witness in a round.

This is how Virtual Voting works.

Here are some important characteristics of the Hashgraph given below:

Every good technology that has been developed in the world always face some issues and have some problems. There is no doubt that Hashgraph has a lot of benefits as it provides a lot of features and it is fast, secure, fair. So Hashgraph technology also has some problems given below:

There are a large number of applications of the Hashgraph as the hashgraph technology is fast, secure, fair, stable and more scalable. Some of them are shown below:

Hashgraph is a new DLT (Distributed Ledger Technology) tech that is still in the development phase. It has a lot of space to grow as it is fair, secure and fast with a high throughput of thousands of transactions per second.

Also, hashgraph can only be used in private and permissioned environments as it is a patented algorithm by its creator.

Hashgraph network is totally controlled by a third party that can control the rights of the participants of the network and its developments, but the Hedera Hashgraph seems to create the public network of hashgraph that is totally open source for developers.

Some Important Links For Hashgraph

Doge will be the main currency on Twitter, Says…