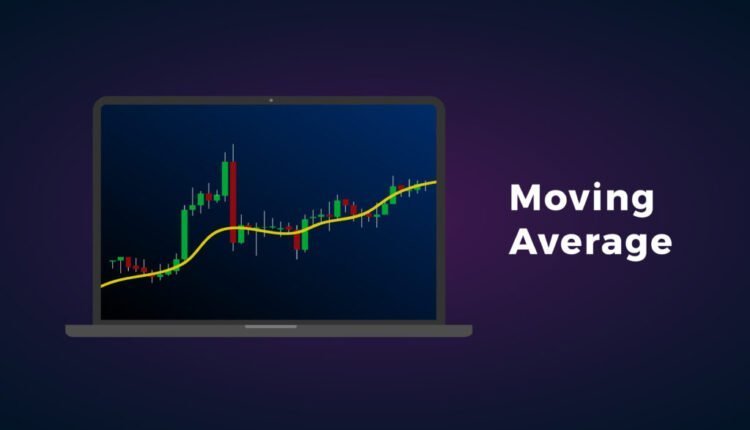 Moving Average (MA) is a very simple and famous indicator used by the majority of the traders in their Technical Analysis. MA (Moving Average) uses the previous price data and average/ smooth out the price, an average is calculated over a specific period of time. Some traders use MA (Moving Average) to find trend direction and some for entry and exits because it cuts the noise from the market and smoothes out the price to understand the trend. There are various types of Moving Average:

As you see it’s an uptrend and knowing the bigger TF (Time Frame) trend and entry/exits in smaller TF will have some good traders. Often traders use to catch swings using things. Also, if you missed any trade then you can enter while the price is bouncing/ respecting with an MA (Moving Average).

Exponential Moving Average (EMA) is widely used by the trader and better than SMA (Simple Moving Average) because it gives more weightage to recent price by using the most recent data of price. The calculation is a little bit different in it.

Smoothed Moving Average is just an addition of EMA (Exponential Moving Average) and SMA (Simple Moving Average). It gives equal weightage to the current price as the previous prices and takes all available price data into account.

You can also use a combination of SMMA, EMA, and SMA to build a perfect strategy. Although Moving Average is a lagging Indicator is based on the last price, but we can use it as potential entries.

When a short period MA (Moving Average, can be SMA or EMA) breaks above, then a longer period Moving Average is known as Golden Crossover. Traders usually see it as a long-term uptrend. Moving Average can be 50, 100 or 100, 200 or 50, 200.

It’s just the opposite of Golden Crossover, it gives an indication of a potential long-term downtrend. Values are the same as Golden crossover has. False crossover may come because the indicator is lagging.

lawsuit against Logan Paul and CryptoZoo over the…