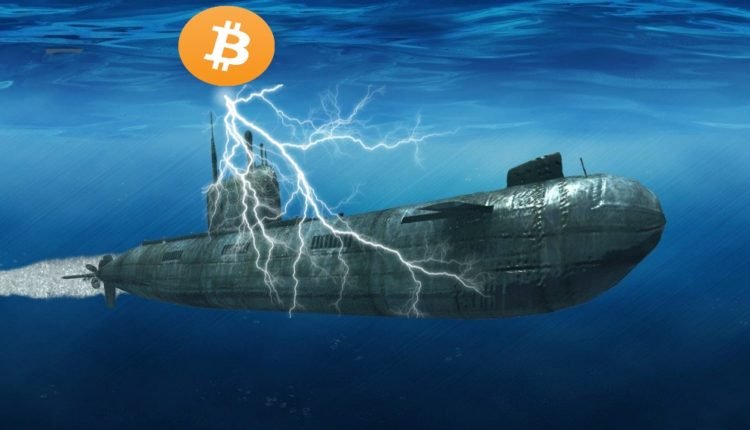 Lightning Network getting popularity from the day of launch and a lot of developments and improvements happening to make LN easy to use and scalable.

2 What Are Submarine Swaps?

Submarine Swaps are the transfer of cryptocurrency from On-chain (Base Layer) to Off-chain Lightning Network (Layer 2) and vice versa just like the atomic swaps.

3 How Do Submarine Swaps Work?

The main problem arises when your funds on the LN channel run out then you cannot refill your channel directly and you need to open another new channel in order to use LN again by paying an on-chain transaction fee in order to send BTC to the channel.

Also, you can do an unlimited number of transactions on the lightning network until your funds run out on the LN channel. Continuously opening multiple channels is not a convenient and efficient way as it cost more on-chain transaction fee.

So the submarine swaps are introduced in order to overcome the problem of refilling the LN channel with BTC without opening a new channel every time when you run out of funds on the old channel.

Submarine swaps allowed users to send BTC from on-chain blockchain address and to receive BTC on the off-chain lightning network. It is very helpful to refill the lightning channel from on-chain BTC directly and there is no need to open or set up the LN channel every time when you run out of funds.

Submarine swaps provide a trustless intermediary for transferring Cryptocurrencies from on-chain blockchain to the off-chain lightning network and vice versa.
This is practised by leveraging hash-time locked contracts in which the receiver of a transaction needs to acknowledge the payment receiving before a given specific deadline by providing cryptographic proof of payment. If it is not done honestly, then the receiver gets the financial penalty by losing the ability to claim the tokens, and they are returned to the payer.

For example, Let Monty is using LN for a long time and now his LN channel is run out of funds as he spends all the funds on the LN. Now he wanted to refill that old channel with more BTC in order to use LN again with the same channel. So he used submarine swaps for this purpose.
There is another user Naveen already using the lightning network and have enough funds on the lightning network.
Naveen wanted to transfer his funds from off-chain LN to on-chain without closing the lightning channel. So Naveen used submarine swaps for this purpose.

You can also check the technical explanation of How do Submarine Swaps work by Torkel Rogstad.

Lightning developers also working to develop the functionality in which users can send LTC from on-chain and can receive BTC on off-chain in exchange. So the submarine swaps are still under development.

Submarine swaps act as a useful tool for the filling of channels with cryptocurrency on the lightning network without creating the new ones.
There are some most important applications and uses of the submarine swaps as follows:

The technology of the submarine swaps is still under development and is in its early stages. So there is risk involving while using this technology at the current stages.

There is a great risk involving especially for large transactions swaps.

Also, the submarine swaps integrated with the lightning network and the lightning technology is also in its early stages but the developers are working hard and made great progress with healthy results so far.

The submarine swaps are the one of the important innovation of the lightning developers that provide a trustless mechanism to transfer cryptocurrencies from on-chain blockchain to off-chain lightning network as well as for doing cross-chain transfers between different blockchains.

Submarine swaps open the door for the wide adoption of the lightning network as well as for public blockchains and decentralized exchanges throughout the world.

Nike’ filing with USPTO indicates that the…