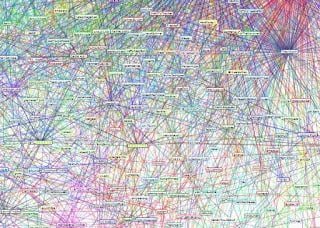 The Blockchain Technology is gaining popularity everyday due to its security features.

What is Bitcoin Blockchain ?

The Blockchain is a file that contains all records of  bitcoin transactions happened in history.

It has network of computer nodes which contains the same copy of this file shared throughout the network and updated continuously with the latest transactions happened.

It prevents the double spending attack.

The Blockchain is successful in providing security to the network but there are some scalability issues due to blockchain size increasing everyday and also there is issue of transaction speed.

So Bitcoin developers created a way to overcome this issue  which is known as Layer 2 Blockchain Technology.

What is Layer 2 Blockchain Technology ?

When Bitcoin Blockchain suffered from scalability problem and Bitcoin transactions proves slow as compared to the existing centralized Systems like Paypal, Visa.

Then developers created a second layer protocol which is also known as “Off Chain Scaling” solutions. By this technology it is possible to Offloading transaction from the main chain onto Layer 2 platforms, which reduces the load on main chain and makes the network capable of handling large no of transactions per second which increases the speed as well as limit the size of main chain that makes Blockchain more scalable.

Layer 2 helps to reduce the load on Main Blockchain (Layer 1) by doing data processing off the chain.

Bitcoin Lightning Network gains capacity of more than 1,000 BTC in one year