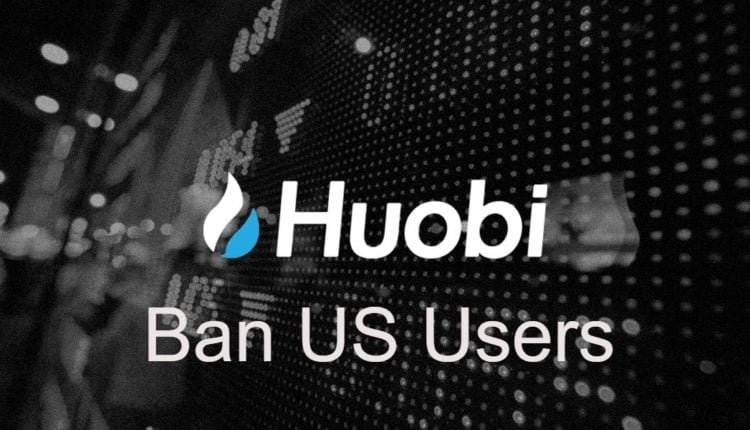 The Largest Cryptocurrency Exchange Huobi Global announced to seize the accounts of all US users on 13 November, reported on 04 November 2019.

According to the report, The Huobi Exchange reported that the US users are restricted to use its trading services on their exchange platform as per its user agreement. That’s why the accounts of US users on the Huobi exchange platform will be seized in order to stop them from doing any further trading or tokens transfers.

Huobi also reported that they are forced by the USA regulatory environment of bitcoin and cryptocurrencies by which they have to restrict US users from using their exchange platform.

On the other hand, Huobi Global has a strategic partnership with the San Francisco-based HBUS that will provide the trading platform to US users only. HBUS almost similar to the binance.us and it will work independently especially only for US users of Huobi Global.

Previously, Largest cryptocurrency Binance announced that the users of the USA now allowed to buy bitcoin and other cryptocurrencies with debit cards on their Binance.US exchange platform

Craig Wright is Out of Funds for Kleinman Case Settlement

Elon Musk says believe in the future, is it…