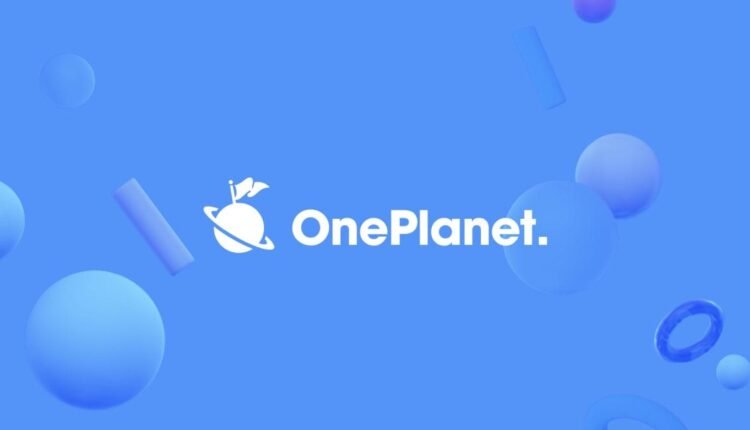 — NFT marketplace and launchpad OnePlanet has raised $3.35 million in a strategic funding round led by Hashed, with participation by Animoca Brands, Galaxy Interactive, SkyVision Capita, SNOW and Pala. The fund will be used to accelerate technological development of the features on the platform and the strategic marketing of the service.

OnePlanet is a Terra-based NFT launchpad and marketplace launched in January 2022. Since then, a number of Terra NFT projects that gained traction were launched via OnePlanet, such as Derby Stars, a Hashed-backed premium horse-racing game, and Cosmic Perspective, a collection of media documenting SpaceX’s preparation and eventual mission to travel to Mars. Terra’s top traded alpha NFTs including Galactic Punks, LunaBulls and other collections were also listed in their secondary market.

Users can purchase NFTs with LUNA or UST on OnePlanet, all while benefiting from the much cheaper gas fees of the Terra blockchain. The platform works similarly to other popular NFT marketplaces, which makes it easy to transition to a new exciting ecosystem of NFTs.

As a part of its ecosystem building strategy, OnePlanet hosted an NFT competition prior to its launch, where 74 projects applied. The final 12 projects that passed the competition were launched on OnePlanet.

“The long-term vision of OnePlanet is to build an NFT ecosystem that prioritizes utility. In order to achieve that, we are starting off with an instagram-like SNS feature to strengthen the governance system on our platform. We will then focus on supporting the various technical needs to be solved in our frontend, especially prioritizing the cases decided by community governance. At the same time, we will also put emphasis on building up the infrastructure for NFT projects to be connected with corporations from other industries.” said Pryce Cho, CEO of OnePlanet.

Simon Kim, Managing Partner at Hashed said, “It is always exciting to support such young and intelligent teams. We are noticing a growing number of highly motivated and execution-driven teams building on the Terra ecosystem, and OnePlanet is a great example of the ecosystem’s growth. With smooth user experience and decentralized governance, we believe OnePlanet can lead the Terra NFT marketplace and become one of the dominant players in this vertical.”

About OnePlanet
OnePlanet is a Terra-based NFT launchpad launched in January 2022. It offers a number of interesting collections with mainstream appeal, such as Cosmic Perspective, Derby Stars and Galactic Punks. LUNA and UST are the native currencies on the platform, used to bid for NFTs and pay the much smaller gas fees.

About Hashed
Hashed is a global, multi-billion venture fund focused on backing founders pioneering the future of blockchain and cryptocurrency. Led by serial entrepreneurs and engineers, Hashed is expediting global blockchain adoption through strategic investments and community building. Based in Seoul, San Francisco, Singapore, and Bangalore, Hashed has cultivated industry-defining web3 founders around the globe by accelerating teams such as Terra Money, Axie Infinity, Klaytn(Kakao) Link(Line), and The Sandbox. Hashed additionally operates metaverse studio UNOPND and a digital assets custody service KODA.

UK’ FCA extended registration due for dozens of crypto companies