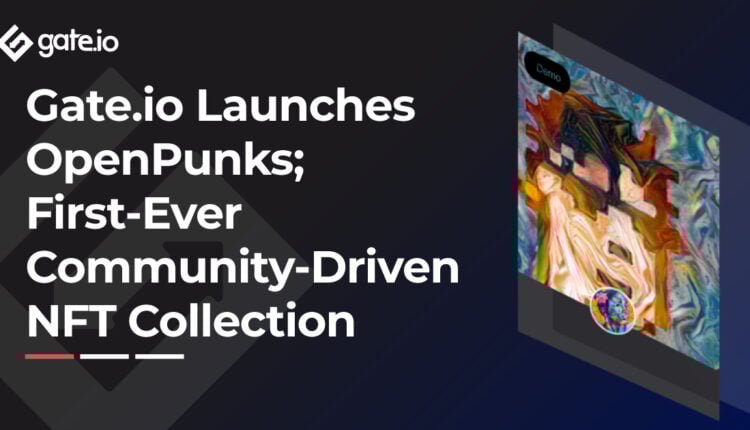 Global digital asset exchange, Gate.io, has announced OpenPunks, a community-driven NFT collection aimed to spark the creativity of its users, inspiring a deeply integrated community while promoting the NFT ecosystem.

According to Gate.io, OpenPunks is the world’s first community-driven NFT collection, encouraging users to explore their creativity and create new NFT artworks. OpenPunks are built on Gate.io’s public blockchain, GateChain ecosystem and use the company’s NFT Magic Box marketplace for trading.

According to data from Reuters, NFT sales volume during the first six months of 2021 surpassed $2.5 billion, signalling a high appetite for NFTs across the world. Consumers aren’t the only ones investing in NFTs, last month payment processor Visa acquired a CryptoPunk NFT for nearly $150,000.

A total of 10,000 OpenPunks will be generated by the system, consisting of different combinations of attributes. Users can then purchase these sets of attributes and use them to create their very own NFT artworks in the form of OpenPunks, displaying them as either an image or video. OpenPunks can be traded or sold on the Gate.io NFT Magic Box marketplace.

Gate.io allows blockchain enthusiasts to trade and store assets in over 890 of the leading cryptocurrencies for over 6 million users from over 190 countries. The exchange offers spot, margin, futures and contract trading in addition to DeFi products through HipoDeFi, custodial services through Wallet.io, investments through Gate Labs and it’s dedicated GateChain platform. The company also offers a wholly integrated suite of products such as its Startup IEO platform, NFT Magic Box marketplace, crypto loans and more.

Panther and Polygon are Taking Privacy to New Heights in DeFi

Crypto Mining In Ukraine Does Not Require License :…

Why Should You Invest in NFT Marketplace…